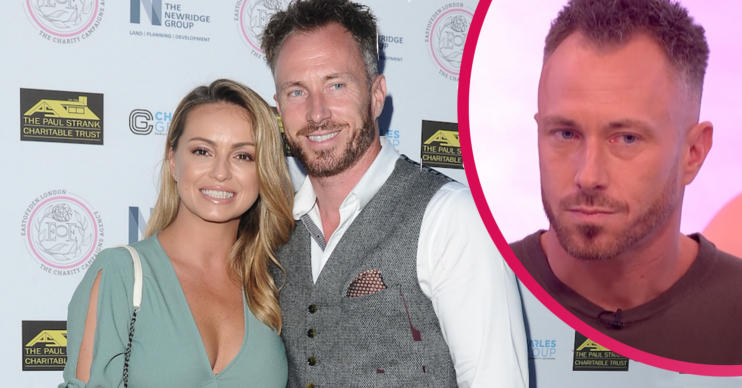 She's on the mend!

The former Strictly dancer, who shares Ella with wife Ola, caused concern on Twitter earlier this week when he posted about the tot.

But the star used the social media platform to reassure worried fans that Ella, who turns two later this month, is on the mend.

He wrote: “For all those asking Ella has finally made improvements and is starting to get better – been a [bleep] tough week.

“Mummy and Daddy are knackered too but so happy Ella is hopefully through the worst of it.”

James’ followers flocked to share their relief that Ella is doing well.

Ella has finally made improvements

“It’s tough being a parent… and then if you’re lucky enough to get to be a grandparent, a whole load of new worries start. Glad to hear she’s feeling better, big hugs to you all,” wrote one supporter.

Another added: “Being a parent is like being on a roller coaster. You and Ola are doing a great job.

“Not many first time parents ask others for advice. As a mother of two grown children I’m well proud of you both xx.”

“So pleased to read this. Hardest thing in the world seeing your children unwell X” tweeted another.

A fourth commented: “Thanks for bringing us up to speed. I knew she wasn’t feeling well, but when you mentioned possibly having her see a pediatric cardiologist, that’s when I REALLY went into protective worry mode.

“I’m so glad and relieved to hear that she’s finally doing better!”

What was wrong with his daughter?

James caused concern on Monday when he tweeted: “Hi guys. Anyone ever had a baby or child that every time you give them antibiotics whether on a spoon or syringe down the inside of their cheek they always throw up everything.

“Then petrified every time you try to give it to them. The whole things a bit traumatic. Any suggestions?”

He later thanked everyone who responded and offered him advice, writing: “Thank you to everyone that has taken time out of their day to give us some advice for Ella.

“As first time parents we aren’t afraid to ask for advice and it doesn’t always mean it has to come from a health care professional like some think. Some people on here are very qualified.”

In addition, James also asked for advice on finding a ‘paediatric doctor’ for his daughter.

In a separate tweet, he penned: “Can someone please recommend a paediatric doctor for Ella. We live near West Malling in Kent. Ideally someone who specialises in cardiology

“Our doctor did recommend but they have retired.”