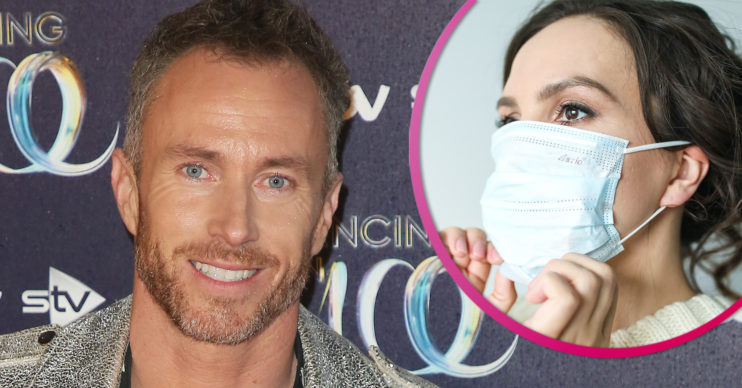 James Jordan has divided his fans after making some rather interesting coronavirus shielding comments.

The former Strictly Come Dancing star, 42, has hit back at the idea of over 50’s having to shield from coronavirus.

Taking to social media, he made the case that younger generations should be the ones to shield instead.

“Although the older you are the more likely you are to get COVID-19, and they are now saying over 50’s should shield.

“I believe it’s the younger generation that aren’t taking it serious so let’s make them shield and let the sensible people crack on.

“All they wanna do is party.”

James Jordan isn’t keen on an over 50’s lockdown

His remarks comes just days after it was reported that the government may order all those over the age of 50 to self isolate.

If put in place, the new lockdown would supposedly help reduce a second wave of coronavirus occurring.

James’ suggestion had some of his followers reeling.

A fair few argued that he shouldn’t lump all young people together.

One user tweeted: “You can’t group all of the ‘younger generation’ as one, not all of them want to party and ruin it for everyone.”

Another user argued: “Not sure this is entirely fair, sure there are plenty of young people out drinking causing trouble, but there’s plenty of people of all ages having parties, going to the beach etc.”

And a third user replied: “What a silly generalisation. I am categorised and young and I have not partied one bit, nor have my friends. Maybe look at the middle aged people who went to Cheltenham or flocked to beaches or those who done the conga line on VE day.”

However, others agreed with the dancing pro’s sentiments.

One user argued: “I’m 52 and I’ve done everything to protect my family. I only go essential shopping after tea time, when the shops are less busy. It’s the majority of the younger generation that are not taking this serious.

“Why should I be penalised and made to stay at home?”

“There are some people my age that literally are ignoring the restrictions made.”

A further user alleged: “Exactly James I have worked in school throughout lockdown and it was often stressful and draining.

“I am now enjoying my hols. I wear a mask, I social distance, I wash my hands and carry antibacterial gel. 4 teenagers get on my bus with not a mask between them.”