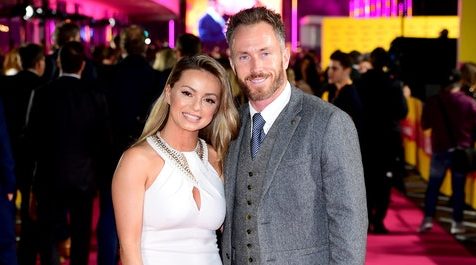 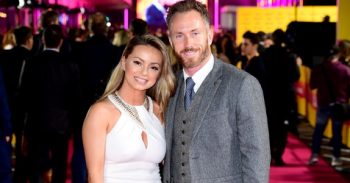 Dancing On Ice finalist James Jordan has revealed his 15 kg weight loss has not been popular with his wife, who prefers him bigger.

He said: “I was out of shape and in a different stage of my life.

“But when I knew I was doing the show I knew I had to do something about it.”

But Jordan, 40, said his wife, former Strictly professional Ola, is not a fan of his slimmer figure, saying: “She prefers me bigger. I think it’s because it’s more manly.

“I put on weight and muscle and she said I was more cuddly. Now she says I’m just skin and bone.”

He also dismissed criticism of Towie star Gemma Collins, who is returning for the final after being booted off in the sixth week.

He said: “She’s actually not a bad person. This was a big thing for her, she knew she was never going to be the best but she had guts to get out there – especially after that fall.

“To get back on the horse and perform the week after – that was great.

“And she was dignified when she left saying it was time for her to go and have a rest.”

Leave us a comment on our Facebook page @EntertainmentDailyFix and let us know what you think of the drama!