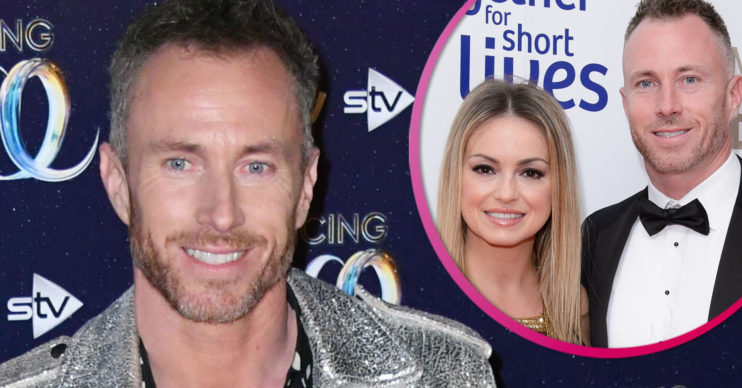 James Jordan has showed off his crazy lockdown hair and his daughter seemed to like it.

The former Strictly Come Dancing pro posted a snap to his Instagram Stories showing himself and baby Ella hanging out.

What did James Jordan say?

James wrote: “She loves my hair,” followed by a laughing face emoji.

The dancer welcomed baby Ella in February with his wife Ola Jordan.

He captioned the post: “My little girl is growing so fast.”

My little girl is growing so fast.

A third added: “Beautiful bubba, she’s the spitting imagine of Ola in this pic.”

Meanwhile, back in April, the couple had to take Ella to hospital on the advice of the NHS after she had been struggling to breathe.

“She’s okay now, she’s good, but we had a bit of drama last night,” Ola told Hello! Magazine. “We had to go on a trip to hospital. I don’t know where to start.”

James went on: “She hasn’t slept for the last couple of days. She’s been really unsettled, really miserable.

“She had a lot of saliva in her mouth and it was almost like she couldn’t swallow properly. It was like she was choking on her own saliva.”

In May, James and Ola appeared on Loose Women with Ella as they spoke about the health scare.

What did James and Ola Jordan say?

Ola said their daughter had silent reflux, a condition in which stomach acid causes throat discomfort.

Meanwhile, Ola added about parenthood: “It’s surreal having a newborn and then being in lockdown not being able to see anyone.

“We really are winging it.”