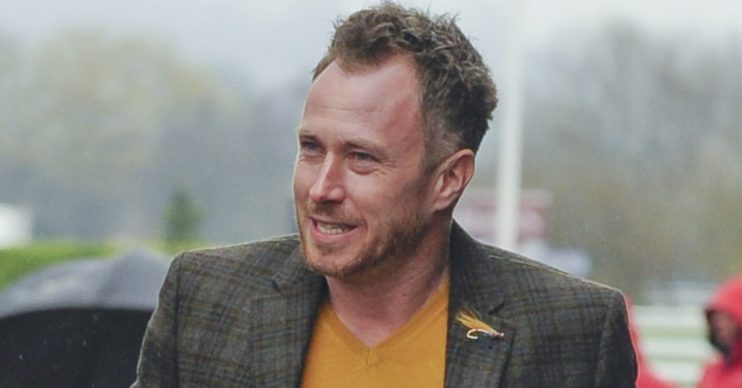 The former Strictly star's dad has an inoperable tumour

James Jordan has shared a sweet picture of his dad playing with baby Ella.

The former Strictly Come Dancing professional, 42, took to Instagram to share the snap of his young daughter with his father, who is terminally ill.

What did James Jordan share about his dad on social media?

In the picture, Allan sits close to Ella, who stares up at him while he appears to tickle her belly.

James simply captioned the picture, “Love” along with a heart emoji.

In the comments, fans told him how ‘beautiful’ the picture was – and how ‘precious’ the moment it captured.

One said: “I can just imagine the joy your little girl brings your dad and all of you at this time.”

Another wrote, with a heart-eyes emoji: “That’s everything. Beautiful.”

A third said: “Looking right at her granddad.”

I can just imagine the joy your little girl brings your dad and all of you.

Someone else commented: “Precious moments.”

“No words needed,” said a fifth, adding: “The eyes show the love.”

Earlier this summer, James admitted he was ‘overwhelmed’ by all the support from his fans, following his dad’s terminal cancer diagnosis.

The Dancing On Ice winner, who welcomed baby Ella with wife Ola in February, revealed on social media that his dad has an incurable tumour.

Allan had been in and out of hospital over several months because he was ill. And it was originally thought he had suffered a stroke.

Doctors discovered a tumour and said it was “not advisable to operate”.

After sharing the news, James’ social media followers inundated him with supportive messages.

However, the help and love I’ve had from so many people I’ve never met & probably never will is overwhelming ❤️

I thank & love you ALL x

He later thanked fans for their kind words, writing on Twitter: “People say ‘social media is such a terrible place’ and on many occasions I agree.

“However, the help and love I’ve had from so many people I’ve never met and probably never will is overwhelming.

“I can honestly say I’ve read ALL messages on Insta and Twitter. I thank and love you ALL.”