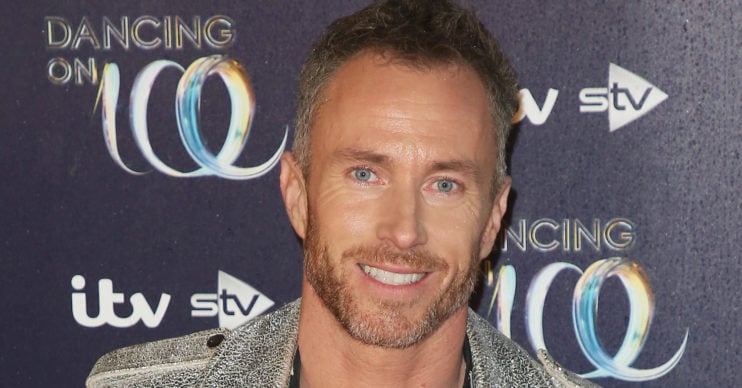 The dancer's dad lost his battle with cancer

James Jordan has broken his silence following the death of his dad and said it left him “totally devastated”.

The former Strictly star posted an emotional message on social media telling of his heartbreak after his beloved dad Allan passed away in March.

Allan had previously been diagnosed with a brain tumour and James told fans last year that it was terminal.

What did James Jordan say about his dad?

Addressing his followers in a video on Twitter, the dancer said: “I haven’t been on social media for quite a long time now because my father unfortunately passed away on 13 March at 8.05 in the morning.

“I’ve been totally devastated. I did try and do this post before, but I wasn’t able to because I was too upset.”

James, who is married to former Strictly star Ola Jordan, said he was now raising money for The Brain Tumour Charity.

“My dad had a stage-four brain tumour – a glioblastoma,” he explained.

“He was diagnosed approximately one year ago and myself and my family watched him slowly disappear.

“It’s an absolutely horrendous horrendous disease. Cancer is awful no matter which cancer it is but a brain tumour, in particular, takes away that person’s identity a lot.”

“Brain tumours are the biggest cancer killer in children and adults under 40,” he went on.

“Out of £600 million which is raised currently in the UK, less than three per cent goes to brain tumour funding for treatments.

“I want to change that and I want to bring awareness to it because I don’t want any of you guys to have to go through what my father went through and what my family went through.”

Please give what you can ❤️❤️❤️https://t.co/YLxIvksEtQ

James is planning to shave his head

The dancer was sporting a much longer hair do than normal and said he had grown it out amid the coronavirus lockdown, and also felt superstitious about cutting it while his dad was still alive.

Saying he was aware his new hairstyle was “horrendous”, James said he would be shaving it on April 13.

The date is special as it’s his 43rd birthday and a week before his dad is buried.

The star received plenty of kind comments from fans after opening up about his grief.

“Best of luck James, great charity and cause! I hope you make lots of money! I’m sure your family will be so proud,” said one person.

“You’re amazing James, best of luck with the fundraising,” said another.