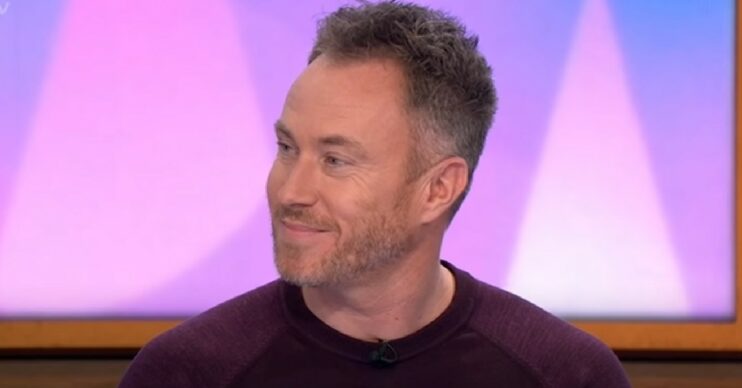 James Jordan made a heartwarming confession about his two-year-old daughter Ella, after he celebrated Father’s Day with his family.

Former Strictly pro James celebrated Father’s Day in Tenerife this year, but he admitted that it’s not the same without his dad.

He confessed that Father’s Day is now an ’emotional’ occasion, but he’s glad he still gets to see a piece of his father live on in his daughter Ella.

The dancer celebrated Father’s Day in Tenerife this year with his wife Ola and their two-year-old daughter Ella.

It’s the one day a year that makes me truly emotional as it truly links my dad with my daughter.

However, the dancer admitted that Father’s Day is an ’emotional’ time for him after his father died.

In March 2021, James was left devastated when his father died from a brain tumour.

Speaking to Hello! about Father’s Day, he confessed that it’s the one time a year where he’s ‘truly emotional’.

He said: “It’s the one day a year that makes me truly emotional as it truly links my dad with my daughter. I see my dad in her definitely.”

The former Strictly star also admitted that he sees a ‘piece’ of his father live on his daughter Ella.

James said: “Her determination comes from him and when I see her determined to keep trying something until she succeeds, that was my dad; he never gave up.”

He added: “It warms my heart to see a piece of him live on in her.”

Can you relate to James’ comments? Leave us a comment on our Facebook page @EntertainmentDailyFix and let us know what you think of our story.