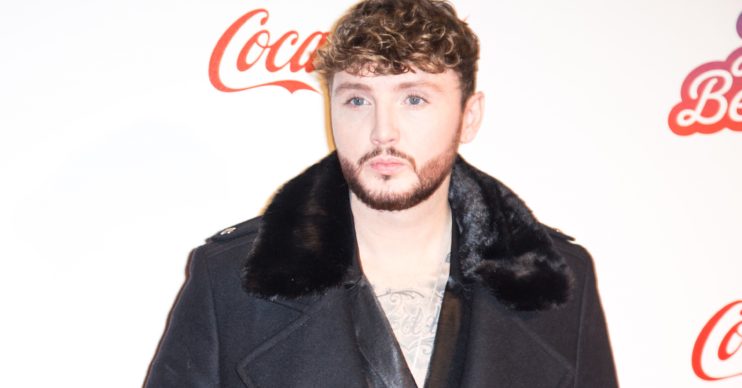 James Arthur has piled on the pounds while in lockdown, ‘ballooning’ to 17 stone after bingeing on vegan sausage sandwiches and cakes.

The former X Factor winner is now determined to lose two stone and become the fittest he’s ever been.

James revealed there’s ‘nothing else to do’ in lockdown apart from ‘stuff his face’. We relate!

The Say You Won’t Let Go singer admits he has a ‘sweet tooth’ and, although he follows a usually healthy vegan diet, has been feasting on calorific fake meat alternatives.

“I have put on a fair bit of weight since the beginning of the lockdown because there’s nothing else to do but stuff my face,” James told The Sun.

“I’ve got a sweet tooth so it’s just cake really. I love cake. I’m pretty much a vegan so I’ve been having the fake meat — sausage sandwiches and stuff like that I’ve been digging into.”

James went on to say he’s set himself a goal to lose weight, aiming to shed ‘a couple of stone’.

The 6ft 3in singer currently weighs 17st and says he’s ‘striving to come out of this thing in the best shape he’s ever been in’.

“I’ve got a gym set up at the house, I’ve got a bunch of cardio machines like a treadmill and a Peloton bike.”

James went on to reveal he was trolled about his appearance back on X Factor, which has made him conscious about his looks.

The singer admitted that before the X Factor he was ‘never a vain person’ but after cruel comments decided to ‘fix his graveyard teeth’, which ‘made a big difference’ to his looks.

“I got called Sloth from The Goonies a little bit less when I sorted my teeth out,” James continued.

“But I got a lot of stick online, which knocked my confidence really bad, and I still get it today.”

Safe Inside, coming Monday 🏠 link in bio #SafeInside 100% of profits from my label and I are going to @charitysane and @nhscharitiestogether 🙏🏻

All of the single’s profits will be shared between the charities.