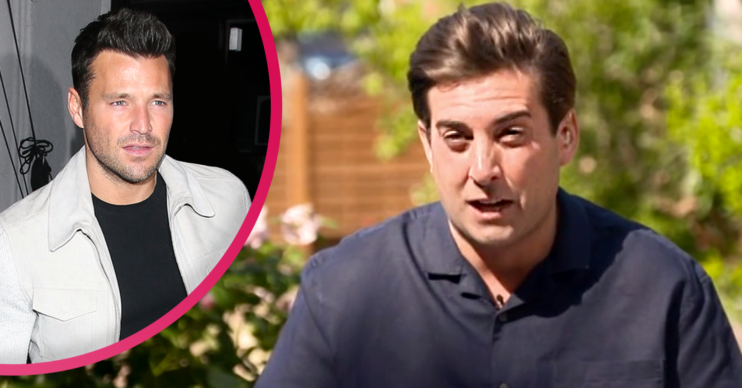 James Argent has opened up for the first time about his addictions and paid tribute to his “best friend” Mark Wright.

Arg told Ruth Langsford and Eamonn Holmes on This Morning: “Mark’s my best friend. He’s always been there for me through my ups and downs.”

Detailing the full horror of his drug addiction, Arg revealed he came close to death in December.

And that’s when he decided to call on his best friend for help.

He said: “Throughout the whole of December, Mark was making phone calls to me, begging me to go into rehab and get treatment, but I wasn’t ready.”

Read more: Brits will be able to host gatherings and grandparents can finally see their grandkids next month

He said on/off girlfriend Gemma Collins spent the day with her family and he ended up at home, alone, with no presents or food in the fridge.

James said he hit “rock bottom” when the only thing he could order was a kebab from a takeaway app.

Arg explained: “Every time you relapse, the relapses get worse and worse. Over December it was the first time I actually thought wow, I’m close to death.”

He added: “So I knew that if I didn’t sort myself out I could’ve potentially died.”

It was then he decided to seek help from his oldest friend, who has been hailed a “hero” on Twitter.

“I rung up Mark and he went out of his way,” James revealed.

I knew that if I didn’t sort myself out I could’ve potentially died.

“He got in contact with a rehab in Thailand, he spoke to the owners, he helped organise it all in terms of the financial side of things.”

James added: “He helped me book my flights, he arranged everything and I’m forever grateful to Mark for that.”

Arg said Mark’s cousin Elliott Wright also offered to “pay for me to go to a rehab in Marbella”.

He said: “I’m lucky to have friends like that. I love Mark, I love Elliott.”

Arg now says he is “moving forward” and focusing on his recovery.

However, he says it’s difficult during lockdown.

However, Boris Johnson had other ideas.

“It’s very difficult during lockdown,” Arg revealed. “When you’re in treatment, the first thing they say is: ‘When you go home, don’t isolate.’ They say keep being social.”

He laughed: “Then the day after I got home Boris announced you’re not allowed to see anyone. It’s difficult being in lockdown and recovery. But I’m lucky I have friends and family and a support network.”

‘It wasn’t until Boxing Day, I rung up Mark, and I said, ‘Mark, I can’t do this anymore”@RealJamesArgent says he’s ‘forever grateful’ for his friends @MarkWright_ and @elliottwright_…

Arg said Joey Essex has been calling daily and Ferne McCann has also been on hand for support.

And, looking forward, Arg said he may even consider taking part in Celebrity SAS: Who Dares Wins, just like his pal.

“If I’m in the right physical space and headspace that could be an amazing show for me,” he concluded.