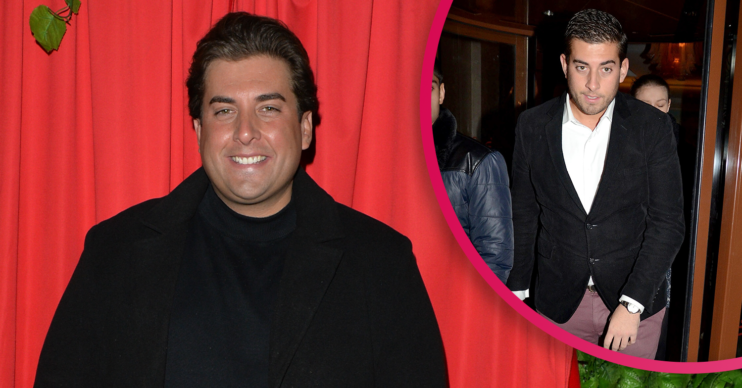 Doctors have issued a worrying ultimatum

James Argent has revealed he will die if he doesn’t have weight-loss surgery.

The reality TV star has revealed that his belly has got so big that he can’t even tie his own shoes laces.

And, as his weight ballooned to 26 stone in lockdown, doctors issued a starting ultimatum.

Speaking to The Sun, James stated that he has an “eating disorder”.

As a result, he is now planning to undergo gastric surgery – he is torn between a gastric bypass or something called a sleeve gastrectomy.

A bypass sees part of the stomach stapled together to make it smaller.

Sleeve gastrectomy involves a large part of the stomach being removed.

I’ll either starve and work out three times a day and be really skinny or do no exercise and eat takeaways every day.

James said he has been told he is “morbidly obese” and he said he doesn’t “want to die”.

He revealed: “I don’t want to die – an op is the only way I can lose weight. I’ve been told by doctors that I am morbidly obese and need to lose weight, but I have an eating disorder, so I can’t do it.”

James added that he goes from one extreme to the other when it comes to diet and exercise.

“I’ll either starve and work out three times a day and be really skinny or do no exercise and eat takeaways every day. I can’t maintain my weight — I need help.”

James said lockdown and the closure of gyms and swimming pools have contributed to his weight gain.

Last year he entered rehab and appeared on TV looking fitter and slimmer than he has for years.

However, he said that he substituted his addition to drugs and alcohol with food.

He revealed: “I have a huge problem with my relationship with food and what’s concerning is I have substituted the drugs and alcohol for food.”

James said things got worse having spent a lot of lockdown alone.

With no “wife, girlfriend or children” to speak to, he revealed he gets “lonely” and turns to food.

He even revealed that he has had to delete takeaway food apps from his phone, such is the temptation to order fast food.

James now admits that he is “depressed” about his weight.

As a result, he’ll be having a consultation “in a couple of weeks” to decide what he’ll do.