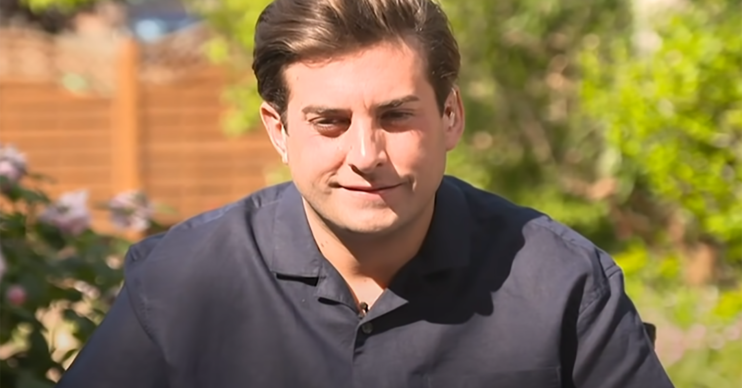 James Argent ‘in advanced talks to appear on Dancing on Ice’

James ‘Arg’ Argent is reportedly in advanced talks to take part in Dancing on Ice.

He’s even started rollerskating to improve his balance ahead of appearing on the ITV show.

Arg would follow in the footsteps of girlfriend Gemma Collins, who was on last year’s show.

The GC clashed with then-judge Jason Gardiner throughout the series.

Since doing the show, Gemma has lost an incredible three stone.

Dancing On Ice bosses are interested in Arg – he’s a lovely bloke and is a popular guy.

James has lost an incredible five stone himself after spending months in a rehab centre in Thailand.

He has been staying in shape with exercise and healthy curries.

And he has been talking to friends about the opportunity.

A source told The Sun: “Dancing On Ice bosses are interested in Arg – he’s a lovely bloke and is a popular guy.

“They think he shows real potential but obviously he needs to prove he’s serious about taking part.

“He has told close friends about Dancing on Ice and said he’d love to get out and try it.”

Arg revealed last month he was addicted to cocaine.

It led to him suffering two near-fatal overdoses in 2019, and The Sun reports he may have to take drug tests “to prove he is clean” if he signs up for the skating show.

The source added: “His issues with drug use in the past have been well documented and there has been talk of him having to have drug tests if he signs up to the show to prove he is clean.

“Arg knows it’s not an easy show to take part in but he’s more than willing to give it a go.”

The ultimate saviour! @tukinfoods have sorted out my lockdown and sent me this awesome box of freshly made curries. These really taste awesome and at less than 400kcal the curry in a naan is ideal! They are low in sugar, natural ingredients and an excellent source of protein! They are also made fresh to order and delivered the next day. They’ve just launched a new nationwide next day delivery service at www.tukinfoods.com with free delivery for orders over £25 – check it out and use my code ARG10 to get a 10% discount on your first order! #TUKIN #ad

Earlier this month, James admitted he was keen to ditch his reality TV star tag and be taken seriously as a celebrity wedding singer in the future.

Would you watch Arg on Dancing on Ice? Go to our Facebook page @EntertainmentDailyfix and leave a comment to let us know what you think.