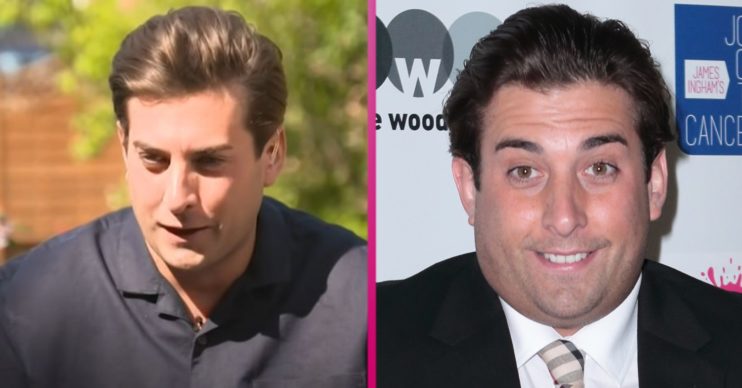 After lockdown he decided to take action

James ‘Arg’ Argent has lost an impressive two stone after making a ‘radical’ change to his diet.

The former TOWIE star has reportedly shed the pounds in just two weeks.

What diet did James Argent go on?

The star said he went on a special juicing diet.

James had previously slimmed down from 18 stone to 13 stone after a stint in rehab last year. But during lockdown he piled on the pounds again after bingeing on takeaways.

I’m determined to lose even more weight… All I drank for a fortnight was juices.

The penny dropped for the 32-year-old when he saw paparazzi snaps of himself and decided to take action.

Thanks to a meeting with juicing expert Jason Vale, he signed up to one of his plans.

He told The Sun: “I’m determined to lose even more weight. I met Jason on the off chance and he called my bluff when I said I’d book in.

“So the next day I bought my flights and flew to his resort in Portugal. All I drank for a fortnight was juices.”

How does juicing help?

Jason Vale has sold over six million self-help books and has been ‘juicing the world’ for over 20 years.

On his website, it says Jason “wasn’t always slim and healthy”.

It explains: “In the past he suffered from psoriasis, eczema, severe asthma and hay fever.

“By simply swapping his normal junk(ie) foods and drinks for a freshly extracted juice and by adding in some exercise his mental and physical health improved beyond anything he could have envisaged.

“He now no longer suffers from eczema, asthma, hay fever or psoriasis and is no longer overweight.”

James’ weight loss is a huge positive in a year that has seen more ups and downs.

During the falling out, he was accused of sending cruel text messages to Gemma after it was claimed he bought another woman dinner.

Read more: James Argent ‘in advanced talks to appear on Dancing on Ice’

However, he received praise from fans after appearing on This Morning to detail his ongoing problems with addiction.