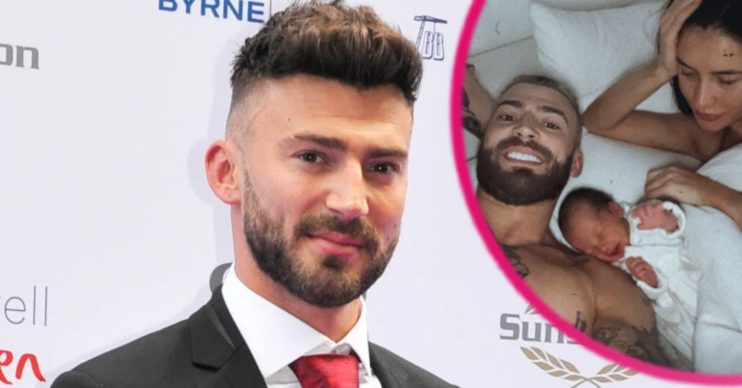 Jake Quickenden has revealed his girlfriend Sophie Church was once told to “drown their baby” by trolls online.

The couple welcomed their baby son Leo into the world in February.

Now, the former X Factor star has detailed the new messages of abuse his partner has received since giving birth.

In fact, Jake believes a law should be put in place to prevent trolling on social media.

Speaking to new magazine, he said: “It really shocked me. I’m used to people trolling me, but because I don’t respond to them, they saw an opportunity to target Leo instead.

“It hurt, but you have to ask yourself, ‘Why are people doing this?’

It really shocked me

“Sophie received one saying, ‘Why don’t you drown your baby.’ Something must change with the online laws.”

Sadly, Jake, 32, has previously received vile messages about their son.

Back in March, the musician hit out at trolls for labelling little Leo “ugly”.

On Instagram, he penned: “REAL POST… So in the past week this little man has been told he needs Botox, that he’s ugly as [bleep] and that he’s weird looking.

Furthermore, Jake said: “To troll an innocent child is so wrong and the people doing it seriously need to seek help.”

Jake opens up on fatherhood

Meanwhile, last month, Jake admitted he was struggling to adapt to life as a new dad.

At the time, he described being a father as “one step forward two steps back”.

“As I parent it always seems like it’s one step forward two steps back, just when you think you have cracked one thing two more things pop up,” he shared.

“Today had been a better day with Leo after three really tough days, there were tears from everyone, zero sleep and a lot of frustration!!”

Furthermore, Jake previously revealed he struggled to bond with Leo.

He told The Sun: “I struggled with the bonding the first few weeks. I felt like every time I was trying to settle him he wouldn’t settle and then I would hand him to Sophs and he would fall straight asleep.

Meanwhile, Sophie is already a mum to son Freddie from a previous relationship.

The couple first went public with their romance in June 2018.