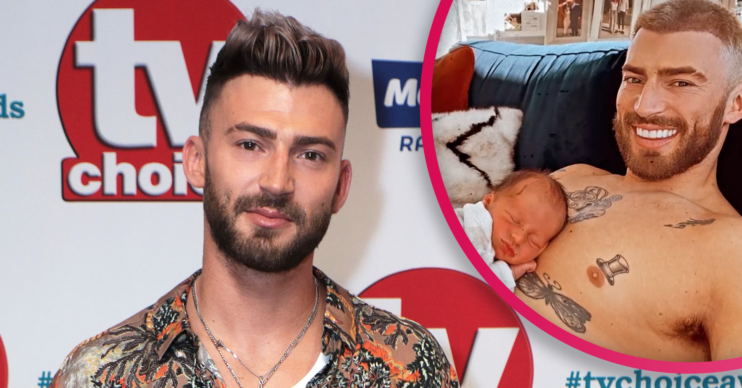 Jake Quickenden baby: New dad has ‘struggled’ to bond with son as he admits to arguments with partner

Jake Quickenden has revealed he “struggled” to bond with his newborn baby Leo.

And Jake revealed that being a parent has been a “roller coaster”.

What did Jake Quickenden say about bonding with his baby?

Speaking to The Sun, Jake revealed things are “up and down”.

He said some days he wakes up feeling as if he can “take on the world” and the next day is filled with worry when Leo won’t settle.

Jake also revealed problems bonding with the tot after he was born.

I obviously know he doesn’t hate me, I just felt like the bond wasn’t as strong for me straight away but that is totally understandable I guess.

He said: “I struggled with the bonding the first few weeks. I felt like every time I was trying to settle him he wouldn’t settle and then I would hand him to Sophs and he would fall straight asleep.

Jake added that he’s trying his “hardest” to be as involved as he can.

‘Of course we’re arguing, we are normal’

The star also revealed that he and Sophie have been arguing following the baby’s arrival.

He said a lot of it could probably be attributed to lack of sleep and he admits she probably looks at him and thinks “shut your mouth”.

Jake recently posted on Instagram that it’s important to remember that they still love each other, despite the moments where they “don’t really like each other”.

He added: “You’ve had no sleep, you’re saying things you don’t really mean but you just have to remember you are on the same team. I think it has brought us closer together but of course we are arguing, we are normal.”

Jake also admitted that being in lockdown isn’t helping matters.

He said they’re taking everything out on each other and, as they can’t tell the baby off when he won’t settle, they end up “having a little one two with each other”.

However, he confirmed that his girlfriend is an “amazing” mum.