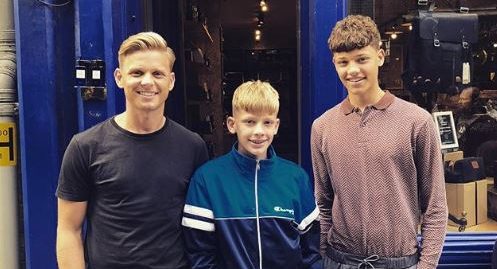 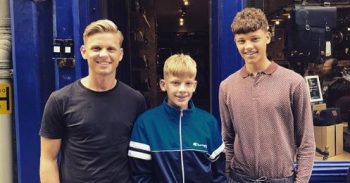 Late reality star Jade Goody’s sons are raising cash for charity to mark 10 years since their mum passed away.

Their proud dad, Jeff Brazier, revealed that his boys are putting together a quiz night to raise money for Marie Curie.

Jeff, 39, told his fans on Twitter: “Staggeringly, it’s been 10 years my children have had to do without the most important person in their life.

“To their absolute credit, they want to mark the occasion remembering their Mum by raising money for charity at their private quiz night amongst family and friends.”

Jade’s sons, Bobby, 15, and Freddie, 14, were just five and four years old when their mum died from cervical cancer in 2009.

Jeff continued: “They have personally chosen @mariecurieuk because of how fantastic they have heard the nurses were in caring for their Mum in her final days.”

Staggeringly, Its been 10 years my children have had to do without the most important person in their life. To their absolute credit, they want to mark the occasion remembering their Mum by raising money for charity at their private quiz night amongst family and friends.

He also revealed that Bobby and Freddie will be supporting Great Ormond Street Hospital Children’s Charity for helping “the bravest of children too”.

Speaking further, Jeff thanked fans for “embracing their bravery” in “daring to remember joyfully” and said his sons are looking forward to hosting an evening their mum would have loved.

It follows news of Jeff’s baby plans with his new Kate Dwyer, 29, whom he married in 2018.

In a conversation with The Mirror, when asked if he and Kate want children together, he said: “I think that it is likely to be honest. Kate always said she had the big three-o to go past without being pregnant because she likes to have a good drink and doesn’t want to be pregnant for it.

“I think after that we’ll start discussing when that’s going to occur. It’ll happen when Kate says it can happen.”

But speaking in December, Jeff revealed how Christmas is still very much about Jade for him and his boys.

In a video posted to Twitter, he said it took a while to figure out how to handle the festive season without her.

He explained: “It took two Christmases to work out that it didn’t matter how many presents we had under the tree.

“If we didn’t recognise their loss then it felt like there was an elephant in the room.”

Jade shot to fame in the third series of reality show Big Brother in 2002. Just six years later, aged 27, she was diagnosed with cervical cancer.