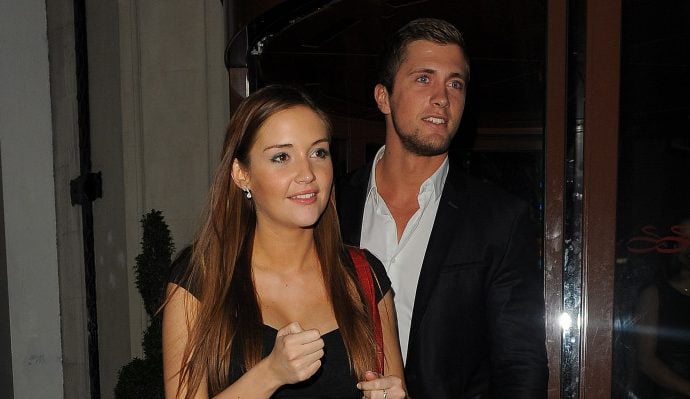 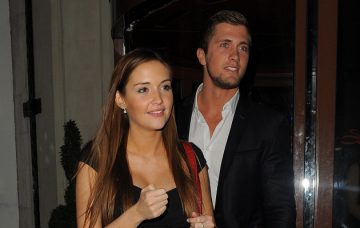 Feeling sentimental after their recent two-year wedding anniversary, the actress posted a snap of their special day on Instagram.

They were pictured kissing in the throwback pic and Jacqueline, 26, wrote alongside: “Let’s do it all over again.”

Jac and Dan tied the knot on 24 June 2017 at Delamere Manor in Cheshire.

Fans left a series of messages on Jacqueline’s loved-up post and encouraged her to plan another big day with ex-TOWIE star Dan.

One fan praised the couple for working through their previous issues.

They commented: “I love how you have worked at your marriage unlike so many other people today, you’ve had tough times but you knew you loved each other and that you had kids so you didn’t quit! You deserve all the happiness in the world xx.”

A second fan added: “You guys really should. Put the past behind you and make it a fresh start. Love you both and your gorgeous family.”

A third gushed: “Happy anniversary to you both.”

Dan and Jacqueline went through a bit of a rough patch before their second daughter Mia was born last year.

After rows, Dan temporarily moved out of their home when Jac was pregnant. But they smoothed things out by the time their little one arrived.

In March this year, more drama followed them as Dan was accused of kissing Love Islander Alexandra Cane on a night out. Both Dan and Alexandra denied the claims.

Dan and Jac have one-year-old Mia and four-year-old Ella together.

Happy Father’s Day💙 @danosborneofficial Thanks for being the best. A fun day ahead and already been spoilt by the 3 of them!! Love you. #fathersday

Jac opened up about their tough times in a vlog post in March.

The mum-of-two admitted: “The past year has been one of the best because Mia’s been born and one of the worst because, well, I’m sure you all know I haven’t had the best relationship this year, things are definitely looking better.”

She added: “I do believe you have to take the rough with the smooth, everything happens for a reason.

“Obviously we still have issues to go through, but it’s kind of in a better way because now we’re talking and getting on so well, it’s kind of nice to speak about our issues, it makes us get on better.”