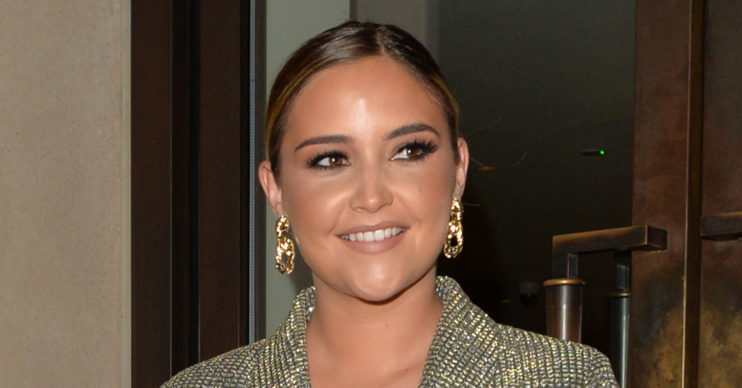 The actress turned reality star, 27, showed off her new look to the amazement of her army of fans.

Jacqueline shared the photo to her 2.7 million Instagram followers.

She looks very different thanks to professional looking make-up.

However, she captioned the snap with: “Baby.”

In the pouty photo she has her hair slicked back and is wearing a causal turquoise hoodie.

But it is her high-end make-up that really stands out.

With smoky eyeliner drawing out her hazel eyes and dewy foundation – she looks very glamorous indeed.

Her fans flocked to the comments to gush over how well the mum-of-two looks.

One user wrote: “Your makeup is incredible and you look so beautiful.”

Another praised: “The epitome of beauty right there!”

A fourth gushed: “Those eyes!”

And yet another wrote: “Drop dead gorgeous.”

Jacqueline is currently on lockdown with her husband former TOWIE star Dan Osborne and their two daughters – Ella and Mia.

Her on-and-off relationship with Dan seemed off once again in recent weeks.

Rumours spread like wildfire that the pair had split up – and this time for good.

However, the couple were then spotted at home together, seemingly having patched things up once more.

She hit back at tabloid headlines by posting on Instagram: “I need some time. There is no split. No divorce. We are working together not against each other. Change your headlines please. Thanks.”

Dan allegedly cheated on Jacqueline in the past, but she has reportedly forgiven him.

A source told The Sun: “They plan to reassess everything once the coronavirus madness is over.

“There was no third party involved.”

Jacqueline won last year’s I’m A Celebrity..Get Me Out of Here! series on ITV.

Despite becoming Queen of the Jungle, her win was thwarted by cheating rumours on Dan’s behalf.

She went on Lorraine shortly after winning and hinted at his betrayal.

She told Lorraine: “To be honest, I want to get a restart button.

What do you think of Jacqueline’s new look? Share your thoughts with us on our Facebook page @EntertainmentDailyFix.