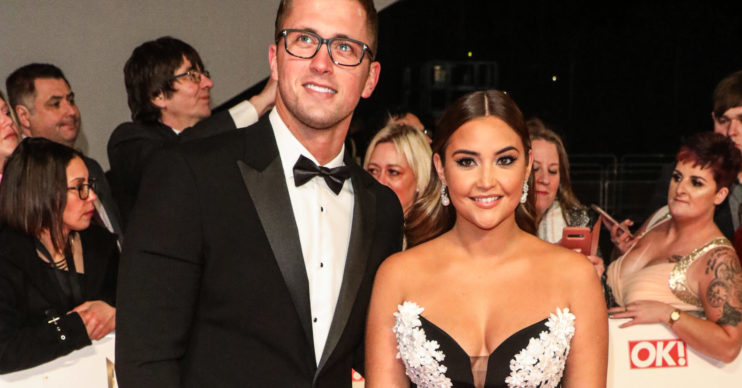 Actress Jacqueline Jossa has shared a loving Father’s Day tribute to Dan Osborne – just weeks after she reportedly moved out of their martial home.

The former EastEnders star, 27, allegedly took a break from her marriage, but has since revealed the pair are working through their problems.

And it appears things are clearly on track as they celebrated Father’s Day with their children today (June 21).

Marking the occasion on Instagram, the I’m A Celeb star shared a snap of her husband with the couple’s two daughters, Ella and Mia, and Dan’s son Teddy.

The youngsters had treated Dan, 28, to several personalised presents, a Lego car and a colourful hand-painted sign, which had been stuck above the sofa.

Jacqueline captioned the shot: “Happy Daddy day!! We love you!

Jacqueline was reported to have split from Dan and moved out of their martial home with their daughters back in May.

A source told The Sun: “Jacqueline had never before left the house after a row. It’s the most drastic action she’s ever taken.”

However, the couple were then spotted at home together, seemingly having patched things up once more.

She later released a statement to say that she “needed time” but that she and Dan were “working together and not against each other.”

It certainly isn’t the first time the couple’s relationship has been plagued by split rumours.

She went on Lorraine shortly after winning and hinted at his betrayal, saying: “To be honest, I want to get a restart button.

Getting on with it

Despite recent drama, Jacqueline has continued to update fans with her everyday life online.

She recently stunned followers with a dramatic makeup transformation on Instagram.

In the pouty photo she had her hair slicked back while sporting a full face of high-end make-up.

One user gushed over the star, writing: “Your makeup is incredible and you look so beautiful.”