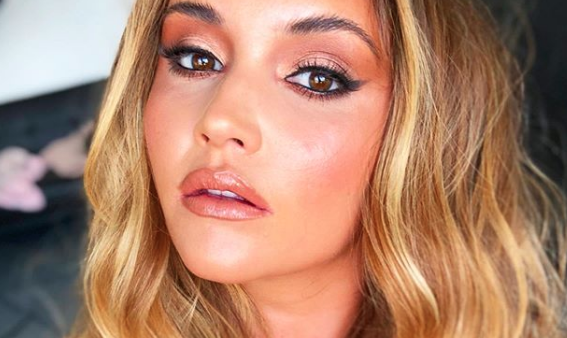 Former EastEnders actress showed off her new locks on Instagram

The 26-year-old actress showed off her fresh blonde curls and knockout make up to her 1.5 million followers on Instagram – and it is clear Jac is delighted with how her hair has turned out.

Telly fave Jacqueline – best known for her brunette styling – hailed the new extensions as “amazing” and went on to add she felt like they showed she is “keeping it cute”.

Joking as she left her hair appointment yesterday, Jacqueline admitted: “I’m feeling way too glammed up to just go and sit in my car for two hours of traffic and then pick the kids up!”

Nonetheless, commenters were blown away by Jacqueline’s appearance – with a couple of celebs also piping up about how much they admire her look.

Read more: UK weather: Summery conditions on the way with temperatures set to shoot up

Other fans also expressed their approval by leaving tens of thousands of Likes on one image in just a few hours.

“I can’t get over how stunning you are 🔥,” commented one.

“Everything about this is absolutely unreal 🔥🔥🔥,” said another.

A third keen fan added: “I want this colour!”

Earlier today the mum-of-two also revealed her changed up appearance may have left some people confusing her for another face familiar from TV screens.

Wearing her extensions in a hairband, Jacqueline said in a separate Insta Story clip that a mum from her daughter’s school had just approached her asking her if she is an actress.

“‘I am,’ I replied, thinking she was talking about Lauren Branning from EastEnders,” Jac recalled.
“And then she said I look like Natalie Portman!”

With a dash of swagger, a pleased Jacqueline concluded: “I’m winning this morning. I’ll take that.”