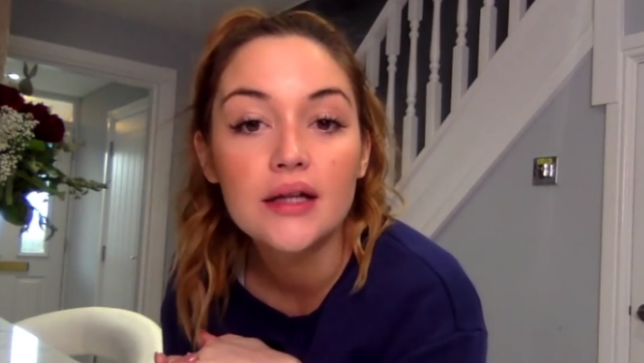 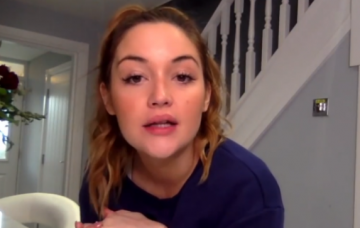 Jacqueline Jossa reveals a surprising side effect of her second pregnancy

It's not just her stomach growing!

Forget costly beauty treatments, Jacqueline Jossa has revealed the secret to her fuller lips is pregnancy!

The former EastEnders star, who is expecting her second child with husband Dan Osborne, told her Instagram followers she is currently sporting a plumper pout as well as a baby bump.

Sharing a selfie, she wrote: “The pout on that!! Jeeez!! Sometimes through this pregnancy I think my lips must be swollen they seem bigger than usual!”

She added that she’s “also feeling more tired this week!!” as the second pregnancy is “taking it out of me.”

Jacqueline’s fans replied to tell her she looked “glowing” and “stunning” with some agreeing they’d also discovered fuller lips as a result of pregnancy.

“Yes, I didn’t know either but apparently our lips do swell while pregnant,” one wrote. Another said: “They do get bigger – to do with increased blood flow.”

A third revealed: “My lips 100% got bigger when I was pregnant and they looked like I had really badly overlined them!”

Jacqueline, 25, and TOWIE star Dan, 26, who married in 2014 already have a daughter, Ella, three. Dan also has a four-year-old son, Teddy, from a previous relationship.

The couple have an exciting week ahead as they’ll get to have a glimpse at what their son or daughter looks like tomorrow.

“4d scan tomorrow which is always exciting!! (Someone tell me face),” the actress wrote in her Instagram post.

The star, who is now 27 weeks pregnant, also shared a live Instagram video from her bedroom where she said she was jealous of seeing everyone’s holiday snaps over the Easter.

She did say she would be getting away in a fortnight though, and reminded everyone who is already in the sun to make sure they lather themselves and their children up with sun cream with a five star UVA rating.

Jacqueline has been charting her pregnancy via Instagram and her own YouTube channel, called Jacqueline’s World, which she set up after being written out of EastEnders earlier this year.

Her character Lauren left Albert Square for a new life with son Louis following the death of her sister, Abi, who fell from the Queen Vic roof on Christmas Day.

The actress recently shared a picture of her growing bump in which she hinted this would be her last pregnancy.

Writing about her excitement for the summer, she said: “Our last member of this family will be here!! Ready to meet their older brother and sister!! I can’t wait to meet you now baby.”

She added she’s also keen to get back to work after her maternity leave saying: “There are so many things I want to achieve after the summer. I am so excited to start working on some new stuff and hopefully get some great parts, get back to what I love doing!

“My mind is constantly working on what’s next and I am just so excited for it all.”