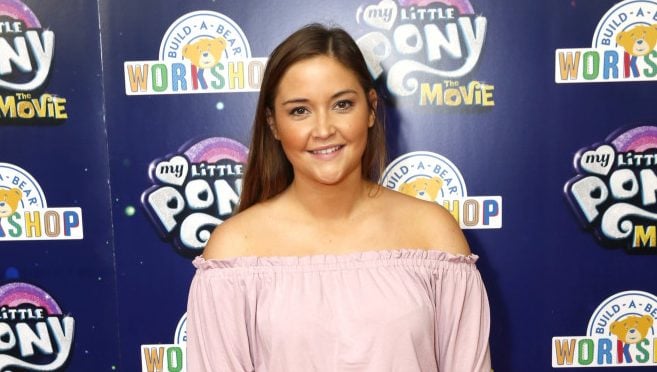 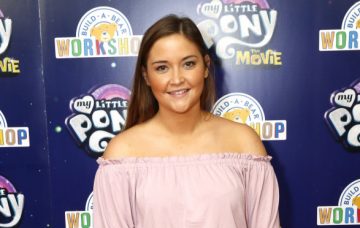 Jacqueline Jossa shares emotional message about being a mum of two

She is keeping it real when it comes to parenting

Jacqueline Jossa has candidly given her thoughts on being a mum, admitting she thought she would have children when she was older.

The 26-year-old former EastEnders star opened up to her followers on social media, posting an adorable snap of her with four-month old daughter Mia.

Jac, who also has three-year-old Ella with husband Dan Osborne, revealed she finds it “hard” to be a parent but added that she wouldn’t change anything for the world.

She wrote: “Cuddles with my littlest baby. Sometimes it’s so so hard being a parent. Sometimes it’s really easy. Having Mia had mostly been easy but we all have our moments. I am truly so lucky to have my healthy beautiful little girls and I wouldn’t change a thing.

“I can’t believe by the time I am 30 I will have a 7 and a 4 year old. I remember when I assumed I wouldn’t even start having kids till I was 32. Funny how life turns out.”

Adding that she hopes her kids will grow up to think she is a “cool” mum, Jacqueline added: “I sometimes have to stop and pinch myself that I am even a mother and that I have 2 daughters. Bloody crazy.

“I love my family so much and I am so grateful for so many people that help me in so many ways. My parents. My closest friends and family, my mother in law and my husband. Life has a funny way of working things out and I do sort of believe everything happens for a reason.”

It comes after Jac and her hubby Dan, 27, jetted off on a family holiday together earlier this month.

Jacqueline dubbed the trip with their girls as “the best holiday ever,” telling her fans on Instagram: “We were a complete family this time round and it was perfect.”

Read more: Jennie McAlpine shares son’s sweet card to baby sister Hilda
The couple, who got married last year, are now appear happier than ever following a rocky patch in their relationship this summer.

They temporarily separated after ongoing rows while Jacqueline was still pregnant with Mia, and shortly before Dan took part in Celebrity Big Brother.

However, some time apart seemed to do them good as former TOWIE star Dan moved back into the family home after his stint on the Channel 5 show and they say they are now stronger than ever.

Speaking to OK! magazine earlier this month, Jacqueline said of their reunion: “Our wedding rings are firmly back on and we’re stronger than ever.”

Jac has also been on a mission to get fit since having Mia and she has been wowing fans with her  progress. So far, she has lost nearly a stone and half!

Jacqueline says she still has a goal to reach after getting back into the health game, but we think she looks incredible!

Do you think Jac did a good job of being honest about parenthood? Leave us a comment on our Facebook page @EntertainmentDailyFix and let us know what you think!