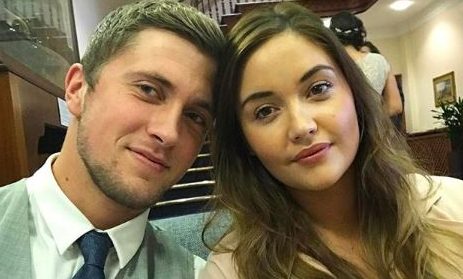 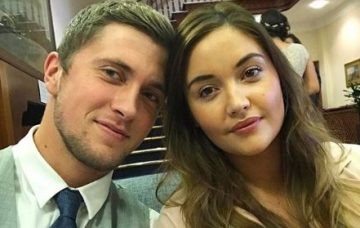 She and husband Dan split temporarily

Ex EastEnders star Jacqueline Jossa is looking forward to a better 12 months ahead after declaring her future couldn’t be any worse than the troubles she has endured in 2018.

The 26-year-old had a very up and down 2018, having split from hubby Dan Osborne weeks before the birth of their second daughter Mia in June.

But after a year to forget which saw her former TOWIE partner accused of playing away with Celebrity Big Brother castmate Gabby Allen, Jac is ready to close the door on the period where she ‘didn’t feel herself’.

And the soap favourite believes a brief split from Dan actually helped salvage their relationship and strengthened their bond.

She told The Sun’s Fabulous magazine: “Breaking up 100% needed to happen for us, I just wish it hadn’t been so public, and I’m sad that it happened the way it did. But it was always going to happen, and I’m glad it did because it could have easily got to a point where it was too late and we didn’t even care enough to bring it back.”

The forthright Lauren Branning actress also dismissed the fan perception she is a victim as “complete [blank”.

Noting she owned the house her brood live in rather than him, Jacqueline also revealed she told hunk Dan he was a “[blank] joke” for being snapped on a yacht with Love Island contestant Gabby during the summer.

However, she added there were no rules laid down for his future behaviour when he came back to his family – saying he knows he can’t do better than her and that’s learnt a lot.

And in a boost to her soap fans, the Londoner admitted she would be keen on a comeback to Walford.

Here’s to a happier new year for you and your family Jac!