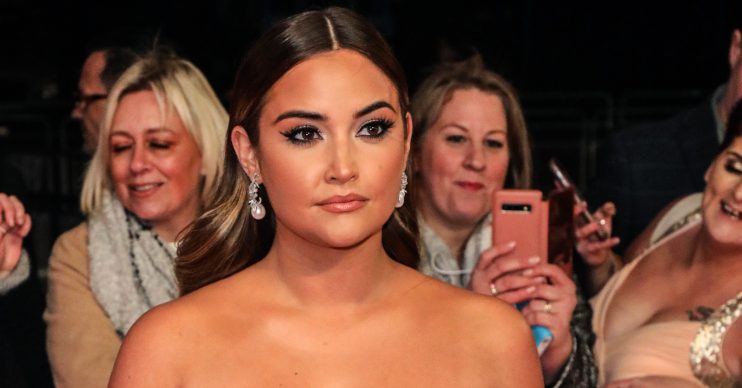 Jacqueline Jossa admits she tricked everyone after unveiling new look

She had us fooled!

Former EastEnders actress Jacqueline Jossa has tricked her fans into believing she’d had her long brunette hair all chopped off – but has revealed it was just a wig!

The current Queen of the Jungle showcased her new ‘do on her Instagram feed this week.

Jacqueline, who won I’m A Celebrity last year, has been giving her 2.6 million Instagram followers a sneak peak of her new fashion collection for In The Style.

Her hair looks shorter and sleeker throughout.

However, she later posted a cheeky video which showed that in fact she was wearing a hairpiece.

Using the caption ‘Hair today, gone tomorrow’ Jac poked out her tongue and made faces as her stylist pulled off the wig to reveal a cap underneath.

Earlier this week, Jacqueline posted a photo of her new look and fans thought she had chopped her locks off.

Jacqueline recently expressed her excitement over her new clothing collection with In The Style.

Alongside a snap of herself wearing a bright orange suit, Jacqueline said: “Ahhhhh!! I’m so READY for this!!! My collection is coming and it’s launching 27/2.

“After shooting the campaign today and seeing all the samples that YOU helped me design I honestly can’t wait for everyone to see what we’ve done!”

Meanwhile, this week, the star also posted a sultry pic of herself in a green bikini top.

Fans were quick to comment, including her former EastEnders co-star Tilly Keeper, who plays Louise Mitchell, who said: ‘Oh my god, are you serious? You look incred.”

Long or short hair, we agree!