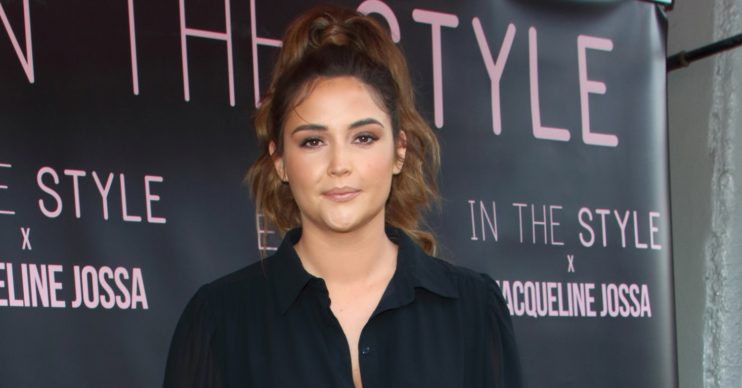 Her girls are adorable

Actress Jacqueline Jossa seems to be in good spirits despite reports she and Dan Osborne are headed for yet another split.

The 27-year-old has appeared to shrug off rumours she’s given Dan ‘a final ultimatum’ regarding his behaviour. She posted a sweet snap of herself back at her family home with her two daughters.

In the shot that she shared with her 2.7 million followers on Instagram on Saturday (May 30), Jac was joined by her adorable little girls, Ella, five, and Mia, one.

She captioned the picture: “The girls, HAPPY SATURDAY!!”

Fans rushed to compliment the star, with one commenting: “You’re glowing!”

While a second added: “Wishing you and your girls the best.”

Reports surfaced last weekend that the couple’s marriage was feeling the strain under lockdown.

Jacqueline was then spotted moving out of the family home to her parents with her and Dan’s two young daughters.

“Jacqueline had never before left the house after a row. It’s the most drastic action she’s ever taken,” a source told The Sun, which reported that she was giving Dan another chance.

Despite the drama, she later released a statement to say that she ‘needed time’ but that she and Dan were ‘working together and not against each other’.

We’re LIVE! 🙌🏻 my last little work from home loungewear drop is now available on the @inthestyle app anddddd theres up to 70% off everything including this as a little payday treat!! Let me know what you manage to get hold of as I can’t wait to see your pics xx (PS – don’t worry me and @inthestyle have so many exciting things coming up after this too) 😁💕

It was also reported that Gabby Allen’s ex, Myles Stephenson, who was in the jungle with Jacqueline, told her that the rumours suggesting something went on between Gabby and Dan were true.

At the weekend, Jacqueline shared on her Instagram stories: “I need some time. There is no split. No divorce.

She then insisted in a statement on Instagram that fans should stop believing every rumour that they read about the couple.

“The stories about splits, divorce, third parties – it’s just not my real life. Don’t believe it,” she insisted.

“I’m going to enjoy the sunshine with my kids. Thanks to everyone who always stands by us and to all the hard-working parents trying to get through this crazy time – and for those who don’t get it, just be kind. I will not be commenting any further.”