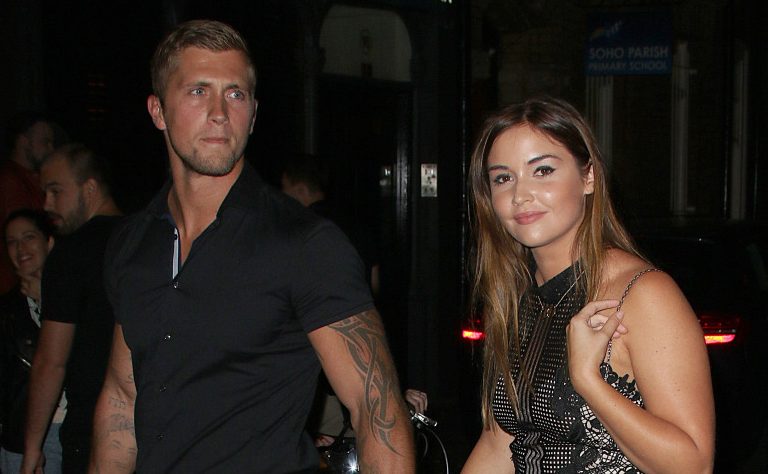 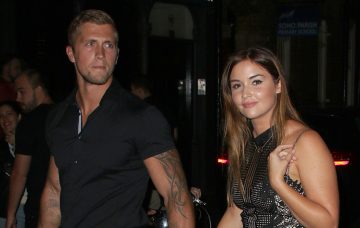 She said Dan entering CBB was "bad timing" for them

Jacqueline Jossa has said she’s “not officially” back together with husband Dan Osborne following their rocky patch.

The couple went through a difficult period before their daughter Mia’s birth in June, which resulted in Dan moving out of the marital home.

He’s now in the Celebrity Big Brother house, while Jacqueline looks after their daughters Mia and Ella, three.

In a new interview with OK! Magazine, Jacqueline, 25, said: “We’re not officially back together but he’s living with us so we spend every day together, and we’re getting on really well.

The former EastEnders star admitted it’s been hard for her watching Dan, 27, talking about their relationship in the CBB house.

He’s opened up to housemates about their rows, going through a rough patch, and how he’d be single forever if things between him and Jacqueline didn’t work out.

Jacqueline said: “It’s a shame he went on the show while we were still figuring things out. The timing wasn’t great for us but I told him that if he felt like it was something he needed to do then I’d support him wholeheartedly.

“It’s been hard seeing Daniel discuss our marriage with a group of people I’ve never met.”

The soap star said she’s supporting Dan and hopes he makes it to the final but, if he does, she won’t be in the live audience waiting to meet him afterwards.

“I think that would be a bit weird,” she said.

“We need to talk when he’s back and see where we both stand.”

Jacqueline and Dan began dating in 2014 and married last year, before going through their rocky patch earlier this year.

At one point, Dan was accused of sleeping with Love Island’s Gabby Allen – by her former boyfriend – but both Dan and Gabby vehemently denied the allegation.

In a twist, Gabby is one of Dan’s housemates in CBB.

Before entering CBB, Dan hinted things were back on track with Jacqueline and they were getting on well.

He’s since spoken about their relationship openly with his housemates, saying the birth of Mia had been the catalyst to push them back together.

In a recent chat, he said: “We had a spell when we lost that friendship. Once we had Mia, we started getting on. That’s the one thing with  Jacqueline. Usually when you’re with someone you go through a bad time and then you sort of lose that attraction to them. I’ve never lost that attraction to her.”