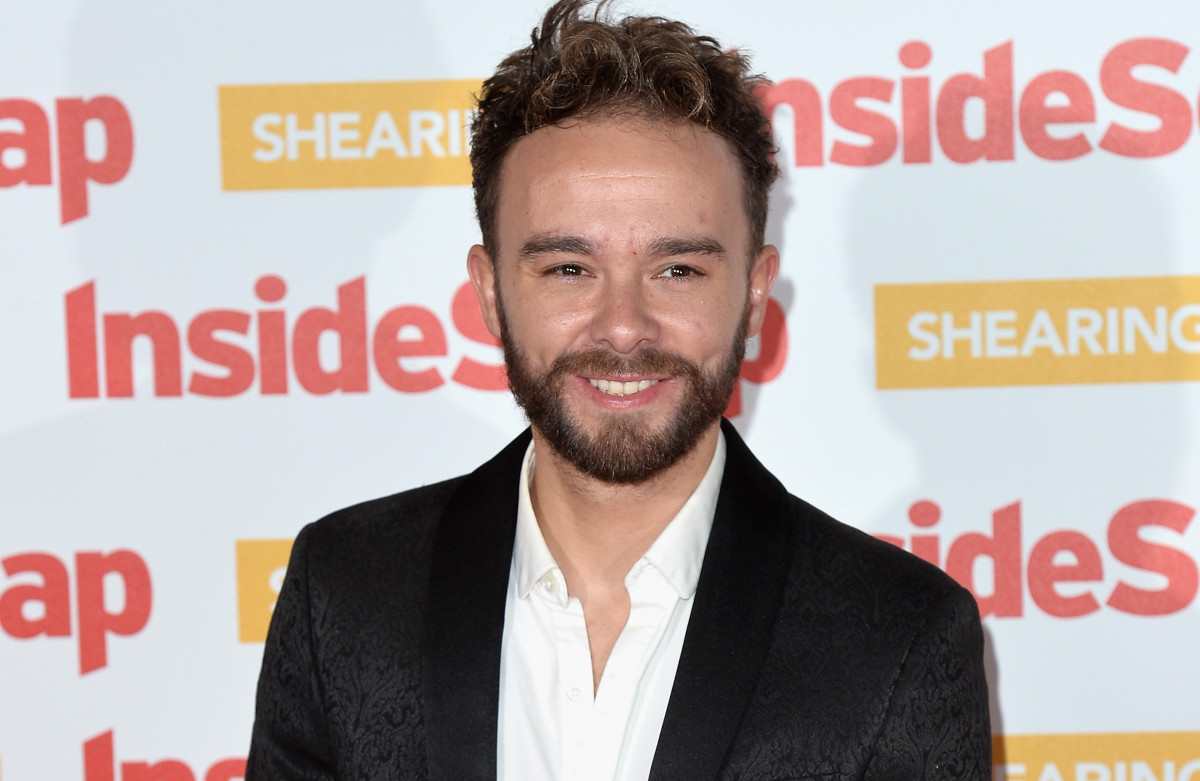 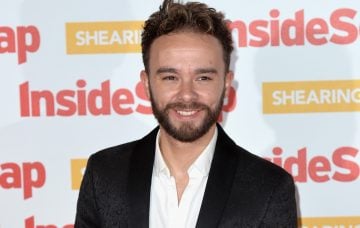 Jack P Shepherd has responded to a Twitter user who appeared to accuse his Coronation Street co-star Julia Goulding of looking pregnant.

The user had tweeted a photo of Jack and Julia on set of the soap and asked if the actress, who plays Shona Ramsey, was pregnant or whether it was just an “unflattering photo”.

Jack, who plays David Platt, was quick to fire back to defend his on-screen girlfriend.

The user tweeted: “@juliagoulding Pitter, patter of tiny feet on the horizon (Congratulations, if so) or is this an unflattering snap? if the latter, have a word!!! #mycrush #stillsfail. (sic).”

Jack hit back: “No, Julia or her character is NOT pregnant.

“I’m sorry if you think it’s a #StillsFail and Julia will not be having ‘a word’ the only people that will. Will be my followers. Good luck. (sic).” 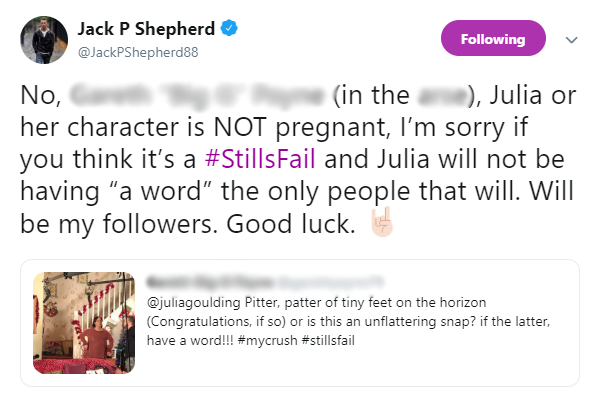 Jack’s fans rushed to praise him for sticking up for Julia.

One person said: “SO lovely to see you standing up for a fellow co-star (not that she needs it or that I wouldn’t expect anyone to do the same). Shows just what a nice person you are.”

Another wrote: “Why are people so rude? Hope she isn’t offended,” while a third tweeted: “Thanks for supporting Julia, what a horrid thing to say.”

Jack and Julia play an on-screen couple in the ITV soap.

Just last week, Jack angrily slammed a report claiming he had a tiff with Julia.

The pair had been pictured having an intense-looking conversation in a central London street in the hours following his Inside Soap Awards triumph.

However, Jack refused to let speculation the pair had a falling out go.

He told his followers on Twitter: “Another day another [bleep] story written about me.”

Danny responded to Jack’s tweet by light-heartedly asking whether he was in the story, too.

And in his reply, Jack revealed the source of his frustration and scotched the tabloid story as he laughed at Danny’s gag.

“No lad just me and Julia have fallen out apparently haha,” wrote Jack.

What did you think of Jack’s response to the Twitter user? Leave us a comment on our Facebook page @EntertainmentDailyFix and let us know what you think!