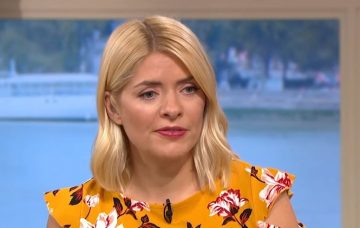 The broadcaster stepped in to address the rumours

Holly Willoughby is not quitting This Morning to present her own new primetime programme, ITV has confirmed.

The presenter impressed fans of I’m A Celebrity when she stepped in to replace long-time co-host Ant McPartlin in this year’s series, which led The Mirror to report that she might leave This Morning and triple her estimated £11m fortune with an all-new show.

But ITV has since stepped in to quash the rumours.

A representative of the telly star echoed the statement, blasting the rumours as “completely untrue”.

According to the original report by The Mirror, a TV insider claimed that producers are looking to give Holly her own primetime programme, confident on the back of her I’m A Celebrity performance that she’ll be able to do “a fantastic job”.

Another source told the paper: “Bosses think they’ve struck gold with Holly. She has huge support.”

I’m A Celebrity viewers loved having Holly on the show, with one Twitter user praising her compassion for the contestants and others calling for her to return next year.

But Holly has ruled out co-hosting the show again. Speaking live to This Morning co-star Phillip Schofield from the I’m A Celebrity wrap party, she said: “It’s been a little bit of heaven. A one-off bit of heaven.

“I’ve had the best time. It’s like nothing I’ve ever done before. Everything about it is completely bonkers. The jungle itself is beautiful, the studio is beautiful, but apart from that, everything else is mad.”

Holly was called in to fill Ant’s shoes to allow him time off to address issues with addiction – a decision she said he was fully involved in “from the off”.

After the show finished, she reportedly treated herself to a luxury £19,000 flight home complete with her own butler and chef.

Would you be sad to see Holly leave This Morning? Leave us a comment on our Facebook page @EntertainmentDailyFix and let us know what you think!