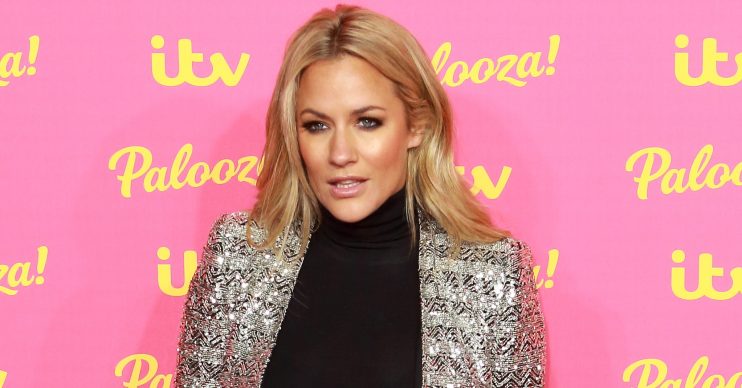 Caroline Flack death: ITV says it was in ‘close contact’ with star

Caroline took her own life at the age of 40

ITV has said it was in “close contact” with Caroline Flack before her death.

The Love Island presenter was found dead at her London flat on February 15 after taking her own life at the age of 40.

On Monday’s Good Morning Britain, the presenters read out a statement from ITV which said they offered Caroline support before her passing.

Richard Madeley told viewers: “I’ve got to say one thing ITV have asked us to make it clear because there has been some discussion about it.

“That they did keep in close contact with Caroline since this incident, this domestic incident and they were constantly offering her assistance and help, and they want us to make that clear on this programme.”

Richard, who is filling in for Piers Morgan, and Ranvir Singh, who is standing in for Susanna Reid, paid tribute to “extraordinary” Caroline at the start of the programme.

Richard said: “It’s very hard to stop thinking about Caroline Flack, isn’t it? It’s constantly bubbling in the top of the mind, going over and over and over.”

‘Caroline, when you were in her orbit, she didn’t just fizzle – she absolutely fizzed.’

Ranvir continued: “I think it’s one of those things, for anybody watching this morning who, if not for 10 minutes, if not for half an hour, or whether it’s the whole weekend, you literally felt your heart actually sink.

“I didn’t know Caroline, she’s part of the ITV family. She was on these lovely heartwarming, happy programmes. She was kind of the whole narrative ‘good times.'”

I’ve got to say one thing ITV have asked us to make it clear because there has been some discussion about it.

Showbiz correspondent Richard Arnold admitted he was in “total disbelief” over the news.

He said: “I was in total disbelief when I got the message and my jaw just hit the floor. I couldn’t quite believe it. This is obviously a woman who clearly had her issues which she spoken very frankly about and is very well-documented.

“When you were in her orbit, she didn’t just sizzle, she absolutely fizzed. She had this extraordinary energy and this X factor that was so at odds obviously with the torment she had.”

At the weekend, tributes poured in on social media after the devastating news broke.

Sunday night’s episode of Love Island was also pulled from the schedule with ITV confirming it will return on Monday.

An ITV spokesperson said: “Many people at ITV knew Caroline well and held her in great affection. All of us are absolutely devastated at this tragic news.

“After careful consultation between Caroline’s representatives and the Love Island production team and given how close we still are to the news of Caroline’s tragic death we have decided not to broadcast tonight’s Love Island out of respect for Caroline’s family.