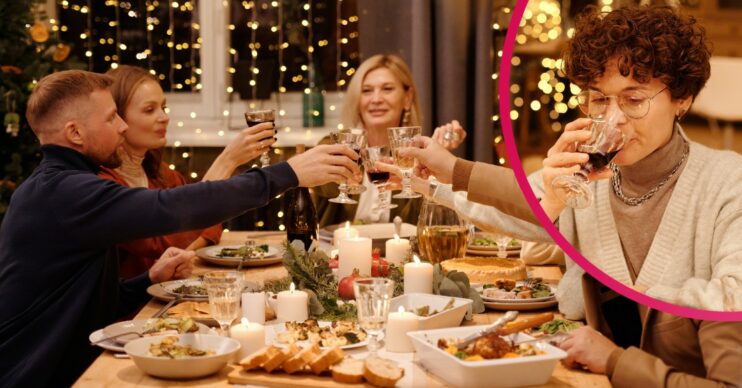 Who not to sit next to at Christmas

Christmas Day is finally here, which means the nation is sitting down to Christmas dinner.

We’ve all been looking forward to the getting together with our families and enjoying a Christmas feast this year.

However, according to Greene King Pub & Grill some Brits are very particular about who they sit with at the dinner table.

Let’s face it, everyone’s a little picky when it comes to who they sit with at Christmas dinner.

The right guest can either make your meal, or break it.

According to Greene King, aunts and uncles are the least popular people to sit next to on the dinner table.

Some 44% of Brits have claimed that aunts and uncles are the most difficult dinner guests because they have tendencies to ask annoying questions.

Some 39% of the public suggested that they’re boring around the dinner table and don’t provide any engaging conversation.

And no one wants to be bored on Christmas!

When it comes to picking their favourite guest to sit next to, over a third of Brits stated they’d most like to sit with their children.

This is because they claimed that their kids are a much better source of entertainment.

Some 53% of Brits even state that the kids are most likely to make them laugh.

Greene King Pub & Grill have also revealed why so many Brits are now considering going out for Christmas dinner much more than in times gone by.

Christmas is definitely the busiest time of the year and some people can’t handle the stress of managing the cooking times for Christmas dinner.

In fact, according to the survey over half of Brits are considering ditching Christmas dinner due to stress in the kitchen.

Read more: The nation’s favourite Christmas chocolates have been revealed and it’s an outrage

Some 50% of the public also hate the post-dinner clean up and would rather eat out instead.

A Christmas meal can sometimes be a handful and there’s nothing worse than having to clean up all the mess on Christmas day!

Other reasons people are giving Christmas dinner a miss this year are of the pressure of making a mistake and the cost of purchasing ingredients.

1 in 5 Brits worry about political disagreements at Christmas dinner

As well as the culinary challenges, Brits are also skipping Christmas dinner due to the pressure of entertaining.

According to Pub & Grill, 20% of Brits are worried about the lack of engagement from their guests.

Christmas is a time for feasting and having fun, not awkward discussions with relatives.

Thats why 20% of the public are also worried about political disagreements around the dinner table.

No one wants an uncomfortable discussion to ruin their Christmas meal!