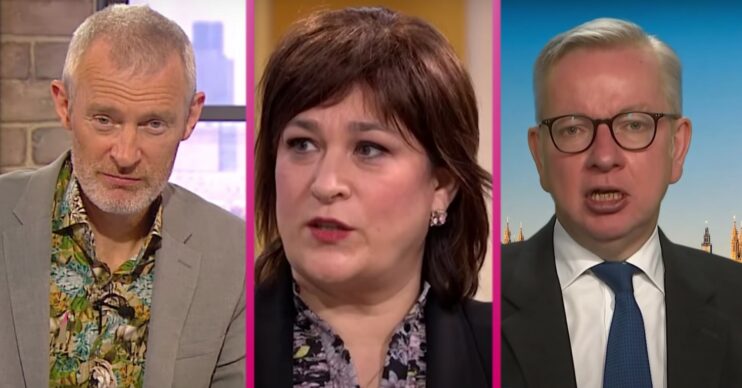 The private lives of Conservative Government Ministers have spilled into the headlines once again – but many Google users have one particular question about Michael Gove‘s wife: is Sarah Vine related to Jeremy Vine?

It was announced last night (Friday July 2) that the Tory MP and his journalist wife have split.

Former leadership hopeful Gove, 53, and Vine, 54, said in a joint statement: “Michael and Sarah have agreed to separate and they are in the process of finalising their divorce.”

Why have Michael Gove and Sarah Vine broken up?

According to reports, Michael Gove and Sarah Vine have split after ‘drifting apart’.

The former couple, who share a daughter and a son, are said to have separated amicably. An unnamed friend reportedly told the PA news agency that “no-one else is involved”.

Read more: As Matt Hancock ‘leaves’ wife Martha, a relationship expert reveals how she can heal from the ‘trauma’

“This is a difficult and sad decision for Michael and Sarah after 20 years of marriage,” the friend is reported to have said.

“They have drifted apart over the past couple of years but they remain friends.

“Their absolute priority is the children.”

Sarah Vine is a columnist for the Daily Mail. A recent piece reflecting on Matt Hancock‘s family circumstances raised eyebrows after she wrote about the strains of being married to a member of the Government.

However, despite speculation and their links to the media, Ms Vine is not related to broadcaster Jeremy Vine. She doesn’t have any familial bond with his brother – comedian and Not Going Out star, Tim – either.

Sarah Vine is not my sister.

Channel 5 host Jeremy has previously made it very clear that he shares nothing more than a surname with Sarah.

However, it is believed Ms Vine does indeed have a younger brother.

What did Sarah Vine write about being married to a Minister?

In her recent column about Matt Hancock’s resignation, Ms Vine indicated Westminster life can present challenges to a marriage.

She wrote: “The problem with the wife who has known you since way before you were king of the world is that she sees through your facade.

“She knows your fears and your insecurities. She knows that, deep down inside, you are not the Master of the Universe you purport to be. And some people don’t like to be reminded of that.”

Ms Vine continued: “It is very hard to do these high-level, high-pressure, high-stakes jobs unless you have someone prepared to take up the reins in every other department of your life.”

However, she added that such an approach can lead to ‘taking different tracks’ and consequently ‘drifting apart’.