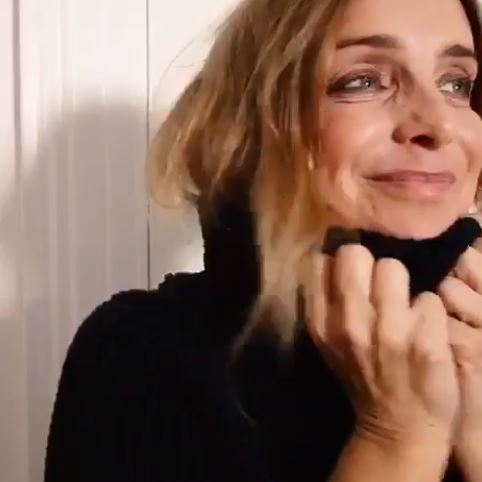 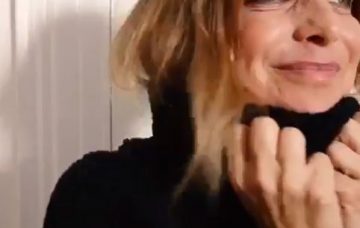 Is Louise Redknapp sending a cryptic message with her look-book outfit?

Louise Redknapp is forging her way into the year in style with her new style YouTube channel A Style Album – but does her latest video contain a cryptic message?

The former Eternal singer posted a shot to Instagram showing off one of the outfits she wears in the video – simple black jeans with an oversize Givenchy jumper bearing a white logo.

It’s what the logo says that piques our interest – the jumper is emblazoned with the words “Feel love”.

Just weeks after her divorce, Strictly Come Dancing star looks radiant as she models the jumper – proclaiming the importance of love.

We can only guess at just what kind of love Louise is feeling and from whom, but it seems fair to assume she’s rejoicing in loving herself.

Louise has been hitting the headlines for months over the state of her marriage to footballer Jamie Redknapp, and the pair received their decree nisi in December.

After appearing on Strictly Come Dancing in 2016, Louise rediscovered her passion for performance.

She went on to appear in a touring production of Cabaret alongside Will Young, and scheduled a line-up of live shows.

Her reignited love of the stage seemed to take its toll on her family life, however.

Speaking to the Evening Standard last year, she explained that she felt like she had lost sight of what her life was outside of her family, comparing her existence to that of a “Stepford wife.”

“I have spent most of my life pleasing everyone else,” she said, “worrying about being judged and thinking I should always do the right thing by staying at home, looking after my kids and my husband. I lost myself.”

Read more: Louise Redknapp delivers stark message to all her critics in wake of marriage split

She spoke to Stella magazine about her feelings on ending her marriage, saying “I have no idea what is going to happen, all I know is that I fought for this, it’s taken everything, but this is something I need to do – for me.”

She recently set up her new style blog with friend Emma Rose Thatcher – offering fashion advice and guides on what fashion brands to invest in.