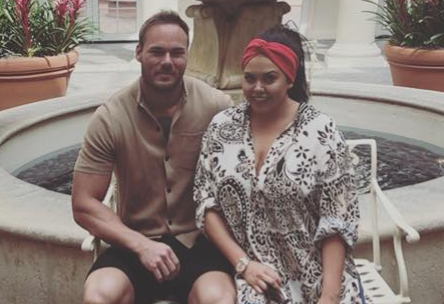 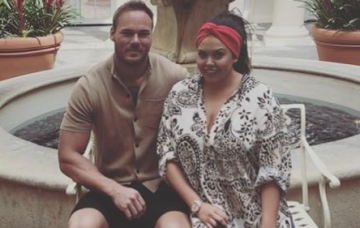 Is Scarlett Moffatt back with ex-boyfriend Lee Wilkinson?

Scarlett Moffatt is rumoured to have taken back the boyfriend she branded a ‘pathological liar’, according to reports.

The Gogglebox star set tongues wagging when fans noticed she changed her ‘single’ status on her Facebook page to a hidden relationship status.

According to the Mirror Online Scarlett is believed to have reunited with her ex, despite vowing never to have anything to do with him again.

Scarlett confirmed her five-month relationship with fitness trainer Lee was over after she branded him a liar on her Facebook page, unfollowed him, and shared some relationship advice on Instagram.

Read more: Stacey Solomon gets told off by her dad

She wrote on her Instagram stories: “For anyone that needs this right now, I just want to say if somebody feels you’re not enough for them then that isn’t a reflection on you, that’s a reflection on them.”

“Unless you’re Henry VIII, then one girl’s normally enough.”

Days later she jetted off to Florida as she and Lee had planned together, replacing him with close friend Liam Irvin.

Scarlett split with Lee after his ex girlfriend of two years, blue-eyed brunette Samantha Irving, claimed she was still seeing him in January, despite Scarlett and Lee making their relationship official in December.

Lee denied there was any crossover in his love life, but Samantha told the Mirror online at the time that he did cheat.

She said: “It was on and off because he is a liar and a cheater and I stupidly kept giving him other chances. I was seeing Lee up until January, but it all came out about Scarlett that she’d been seeing Lee through December.”

She also claimed her ex called her upset because he was ‘so unhappy’ in his new relationship with the Saturday Night Takeaway presenter.

Are you a Scarlett fan? Leave us a comment on our Facebook page @EntertainmentDailyFix and let us know what you think!