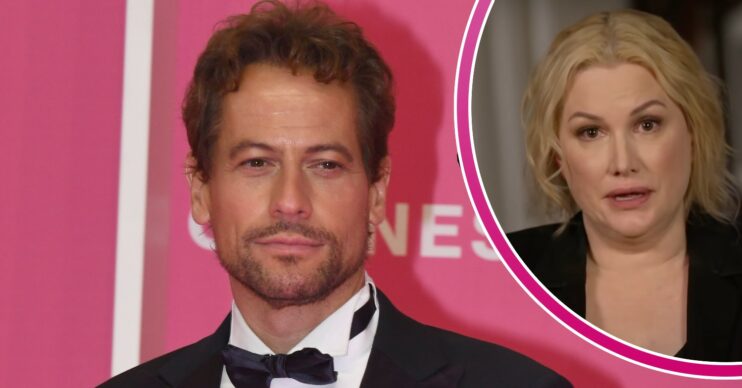 Alice Evans has hit back at claims regarding her divorce from Ioan Gruffudd which emerged this week.

In a shocking turn in their divorce, Liar star Ioan alleged that he was a victim of abuse in their marriage.

In January of last year, Ioan and Alice – who have two children – announced that they had split.

In February of this year, Ioan, 48, applied for a restraining order against Alice.

However, now the ex-couple’s divorce has reportedly taken a shocking turn.

Ioan has made allegations against Alice in court documents.

The Welsh actor claims that Alice would make insulting comments towards him about his appearance.

Paperwork filed in the Los Angeles Superior Court has revealed what Alice allegedly used to say to Ioan.

“Alice made fun of my appearance often, making hair-loss comments and telling me I had ‘saggy-vagina eyes’,” Ioan reportedly said, according to MailOnline.

He continued, claiming Alice “has inflicted serious emotional harm on Ella and Elsie [their kids] by her statements and by interfering in my relationship with them”.

In addition, elsewhere in the court documents, Ioan reportedly claimed that Alice has stopped him from seeing their children.

Following the reports, Alice issued a message to her Instagram on Wednesday to deny the claims.

She said: “Witch-hunt. He has refused to see them for over a year. I am sickened to the point of breaking down.

“Do you guys want to see some if the horrible messages he has sent my beautiful Ella over the past year?”

Meanwhile, she added: “This is sick. It’s totally untrue. Shame on Ioan’s legal and PR team for setting this up. You are disgusting.”

ED! has contacted reps for Ioan and Alice for comment.