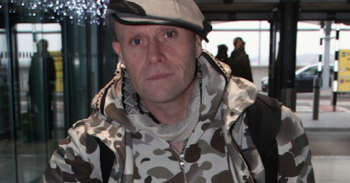 Keith Flint died as a result of hanging, an inquest has heard.

The Prodigy vocalist, 49, was found dead at his Essex home on March 4th.

Bandmate Liam Howlett said the dance icon had “taken his own life” as he paid tribute to the star on social media.

The inquest heard a post-mortem was carried out at Broomfield Hospital in Chelmsford three days after Flint’s death.

The provisional cause of death has been identified as hanging while further investigations are still underway, with the results of toxicology reports awaited.

Coroner’s officer Lynsey Chaffe told the hearing in Chelmsford: “Police attended, all protocols were followed and his death was confirmed as not suspicious.”

Just two days before his body was found, Flint took part in a 5km run, achieving a personal best time of 21 minutes and 22 seconds.

Read more: The Chase apologises over question about The Prodigy after Keith Flint’s death

The Breathe and Firestarter star rocketed to fame in the 1990s as he fronted The Prodigy’s huge number one hits.

He was due to tour the US with the band in May, having released their latest album No Tourists in November.

The Prodigy was also scheduled to play Glastonbury in 2019, but have cancelled all future performances.

“A true pioneer, innovator and legend. He will be forever missed.”

It is with deepest shock and sadness that we can confirm the death of our brother and best friend Keith Flint. A true pioneer, innovator and legend. He will be forever missed.
We thank you for respecting the privacy of all concerned at this time. pic.twitter.com/nQ3Ictjj7t

– Whatever you’re going through, you can call Samaritans free any time on 116 123