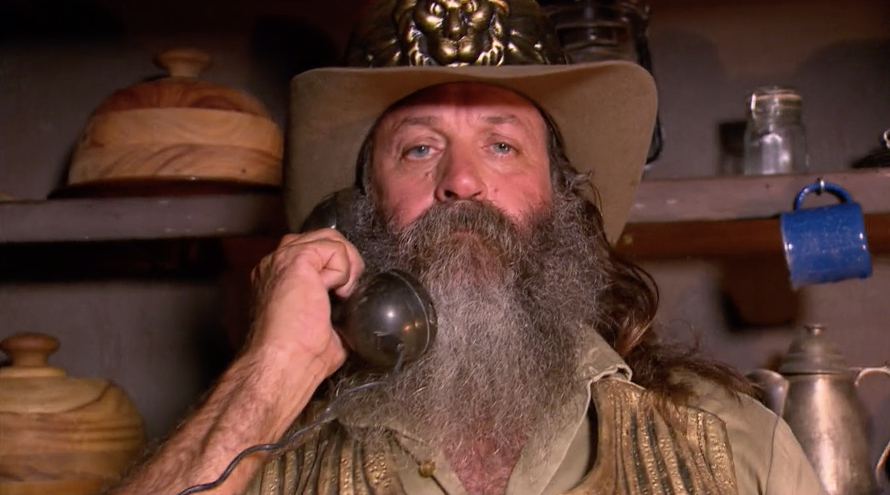 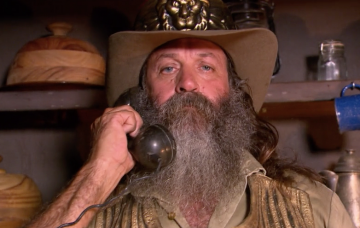 He appeared on Australia's version of Survivor

I’m A Celeb’s Kiosk Kev has been unmasked as a reality star named Mark.

The long-bearded owner of the Outback Shack, who strikes fear into the hearts of campmates, roughed it on the Australian version of global hit Survivor.

And, judging by his social media posts, he’s actually a big softie who loves his grandkids.

While he may appear fearsome to the campmates turning up at his hut hoping for a treat to take back to camp, Mark’s social media posts reveal a much more cuddly side to him.

It turns out that in real life he’s a humble farmer who grows limes and mushrooms, according to The Sun Online.

This pic has nothing to do with what I’m about to say … But as I lay here in bed tonight I’m reflecting on my many blessings .. And as I do my mind roams around its many corridors and what comes to me is the trials I faced to get here the battles I’ve won and lost and the challenges before me .. And I feel blessed … I receive the joy into my every being and breath out peace love and forgiveness.. I’ve lost loved ones and I’ve lost friends I’ve lost opportunity’s and thru it all I come out in peace .. Content no matter circumstance.. And then I think of those struggling now and don’t know how to make their next move and those who have suffered far greater misfortune .. And I say please learn to forgive and love and find that inner peace because if my small sufferings can yield this much peace for me .. Then I can only image how much peace more you will find … Be well world seek love above all things .. And then everything else will come .. Namaste

But the beard is real, as is his tough-guy persona, having spent 11 days in the Samoan jungle with fellow castaways on Survivor.

Mark, who describes himself on his Instagram account as “Aussie Tarzan”, was loved by viewers for being selfless, but was voted out by his ruthless campmates.

He later contracted dysentery from a well the group dug up in the jungle.

The dad of two has posted some deep thoughts on social media, as well as adorable messages that show his love for his close family.

Soul Gazing …. Nice .. See the trees … I gave a man some advice one day … And it made him a millionaire .. But I just showed him the way …. He did the growing and the watering and nurturing .. He grew his empire like a well cared for tree. .I am but the sower of seed … Namaste world pic by @rebeccadesmots

“Kev” replaced Keith, whose real name iss Raymond Gradnt, after he was axed amid allegations he turned up drunk for work and behaved inappropriately to a female colleague.

A show insider previously told The Sun Online: “Everyone on set is really pleased with the new Kiosk Kev character.

“Viewers will love him but the celebrities will be scared stiff. Like Kiosk Keith, Kev is a man of few words and doesn’t speak.

“Kev won’t take any nonsense from the celebrities, and he looks very intimating.”

I’m A Celebrity… Get Me Out Of Here! continues on ITV tonight at 9pm.