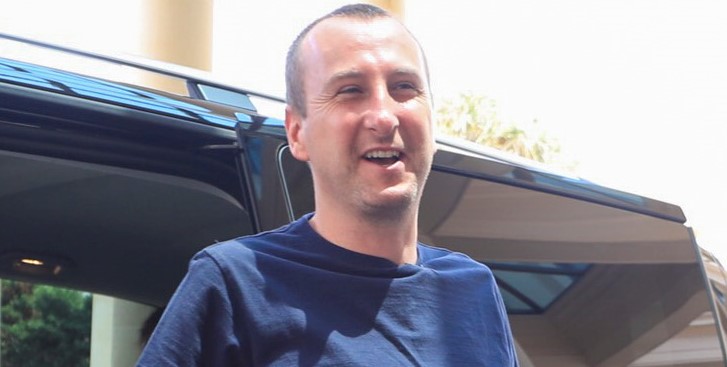 They were joined by their families

Andy Whyment has enjoyed a meal with his Coronation Street co-star Alan Halsall.

The I’m A Celebrity star shared a group snap to Instagram on Monday showing himself, his wife Nicola and their two kids alongside Alan, his girlfriend Tisha Merry and his daughter Sienna-Rae.

The photo shows the group beaming at the camera as they tucked into a meal at Akbar’s.

Andy captioned the post: “Fantastic meal at Akbar’s with @alanhalsall @missdrewmerry93 and Sienna [love] these guys.”

Earlier this month, Andy returned home from Australia after coming runner-up on this year’s I’m A Celebrity.

But despite his success on the programme, the actor has revealed he plans to stay on the cobbles in Corrie for as long as possible.

Speaking on Loose Women last week, Andy said: “I’ve always said I’ll stay there as long as they’ll have me. I love the show and I still watch it as a fan.”

Andy has played Kirk Sutherland on the ITV soap since 2000.

Last week, Andy had his first day back at Corrie after three weeks in the jungle.

Sharing a snap of himself in Weatherfield, Andy said: “First day back @coronationstreet after @imacelebrity and got a free hair cut from @corriemakeup even better than the £6 I pay my barber.

Fans were thrilled to have him back and praised his stint in the jungle.

One person said: “Love watching you on Corrie!! You are a legend!!”

Another wrote: “You were our King of the Jungle in this house!”

A third tweeted: “It’s good to have you back Andy.”