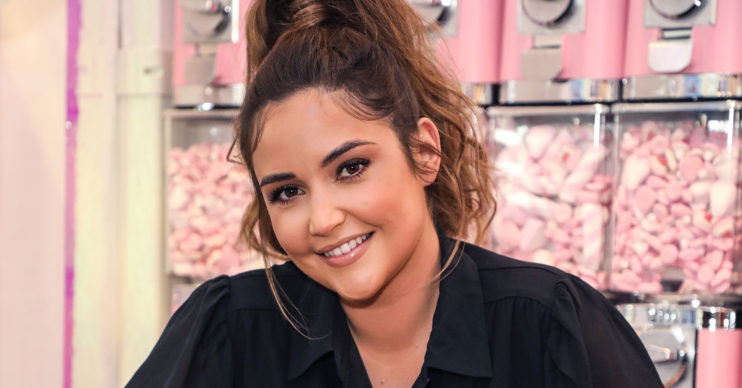 The star is reportedly 'fully co-operating'

According to reports, the company was put into voluntary liquidation after owing more than £32,000 in tax.

The business, which was set up in 2013, handled payments from her former job as Lauren Branning in the BBC soap.

According to the Mirror, documents were lodged with Companies House.

A liquidator wrote: “Examinations have identified a number of payments from the company that require further investigation and explanation from the director, and enquiries are ongoing.”

Meanwhile, a document added: “It is unlikely that there will be a dividend payable to creditors.”

In addition, a source told the publication that Jacqueline is ‘fully co-operating with the queries’.

It is unlikely that there will be a dividend payable to creditors.

They added the investigation is ‘purely routine and didn’t relate to tax bills’.

Ent Daily has contacted reps for Jacqueline for further comment.

Jacqueline became Queen of the Jungle of last year’s I’m A Celebrity.

What has Jacqueline Jossa been up to since winning I’m A Celebrity?

Since her triumph, Jacqueline has bagged a string of deals.

She launched a clothing range with retailer InThe Style.

Meanwhile, she recently revealed her tanning line with BPerfect Cosmetics as well as a deal with dairy brand Arla Protein.

She said on Instagram last month: “Excited to be working with Arla Protein for their 20for20 Challenge!

“Swapping my regular breakfast for their Protein yoghurt and taking part in the daily workouts.”

She added: “I am NOT a fitness expert but I do love the feeling of getting a lil fitter.” [Sic]

Fans praised Jacqueline, with one commenting: “Good for you girl.”

Another wrote: “So beautiful and stunning.”

Read more: Jacqueline Jossa shares adorable snap of daughter Ella as she prepares to go back to school

A third said: “Just seen one of your ads in town so yay, happy for you!”