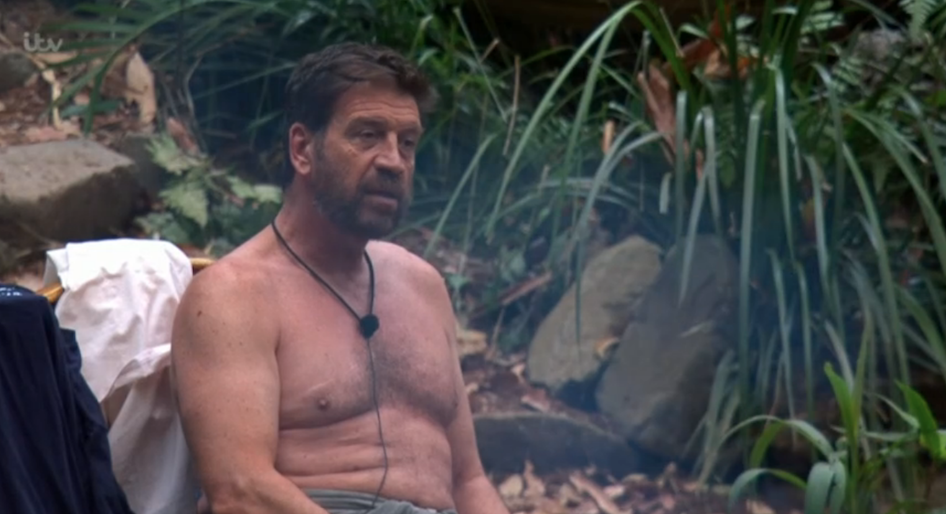 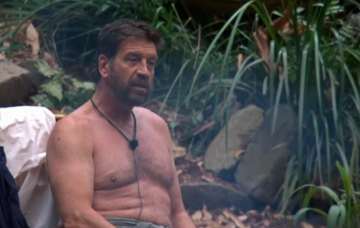 Is he being respectful or just a little bit wet?

Viewers turned on I’m A Celebrity’s Nick Knowles after the rugged DIY SOS presenter refused to handle a pair of knickers.

Nick, 56, turned to John Barrowman to help shift the washed underwear which was drying near where he was laying down.

But while some campmates – and viewers – appreciated Nick’s “old-fashioned” gesture of avoiding rummaging around with somebody’s else’s smalls, others couldn’t understand why he couldn’t just move them himself.

And while John was only too happy to oblige with the small laundry task, he also questioned why it was more acceptable he should handle the pants from Nick’s point of view.

Read more: Anne Hegerty not ruled out of I’m A Celebrity trials due to her Asperger’s

Nick, however, was insistent getting his hands on someone’s else’s undergarments was a step too far and went against his personal code of chivalry which also includes walking on the outside of pavements.

Understandably, John was puzzled why it was fine for he as a gay man to fulfil the job – but Emily Atack seemed to understand where Nick was coming from and appreciated his manners.

Viewers were not so understanding, however, accusing Nick of being “patronising” and faking it for the cameras.

“Get over yourself Nick!” raged one commenter on Twitter.

Another added: “It’s a pair of knickers you melt!! Stop playing a game and job on!”

A third said: “It’s just a pair of knickers for goodness sake, pick them up!”

Others, though, defended him – and could see how someone like him performing an otherwise innocent task like that could be shown in a compromising light.

One fan tweeted: “Nick was just being respectful! Love this man! Get a gentleman like Nick peeps.”

Another continued: “Totally with Nick on this. It looks creepy to handle young girls knickers!”

Following on from the episode’s earlier toilet humour, it was not all that surprising to see the debate become a wider discussion of what bodily functions it is acceptable to perform in front of loved ones.

Fleur East and John both agreed there was nothing wrong with going to the toilet in front of partners, but Harry – as always – couldn’t bear to put his beloved wife in anything resembling an uncomfortable position.

“I wouldn’t go [bleep] in front of my Sandra,” was his concise conclusion.