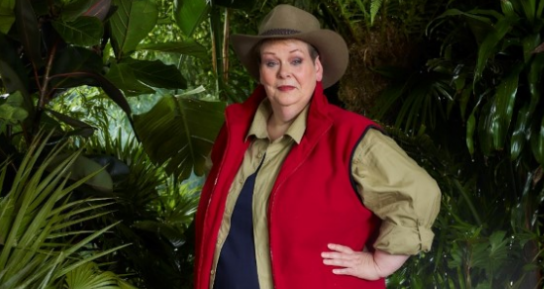 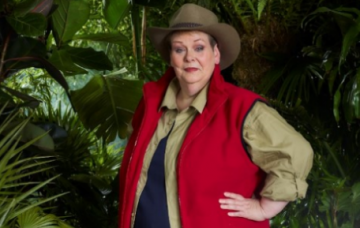 I’m A Celebrity’s Anne Hegerty has opened up on the heartbreak of losing her father.

The 60-year-old – who stars in The Chase – said she relied on her father Ken for support and he helped her cope after being diagnosed with Asperger’s syndrome aged 47.

He died last year and Anne, who said elements of being in the jungle are stressful due to her condition, believes he would have been cheering her on in the jungle.

She told the Daily Mirror: “My dad was the one who told me ‘You can do this’ and ‘I’m sure one day you will accomplish something’.

“He died last September. I got on well with him. He was such a pain in so many ways but he was the only person who told me I could do things.

“He was thrilled about my success and I wish I had more time to spend with him. He would have liked that. Some charity would take him out for tea and he would be boasting about me all the time.”

After entering the jungle, Anne – who appears as the stern quiz expert The Governess in ITV’s The Chase – appeared upset and told her fellow celebrity contestants: “I’m just really, really close to saying I can’t do this.”

Ahead of I’m A Celebrity, Anne spoke about living with Asperger’s.

She said: “I do respond well to structure. I think it will be quite structured in there. I will understand, ‘at this time I have to fetch wood and water’, doing that will make sense.

If anything can get Anne through Jungle life, it’s a team of supportive of Campmates! #ImACeleb pic.twitter.com/1Iymw9Hk5E

Read more: Why I’m A Celebrity will be extra tough for Anne Hegerty

“But being surrounded by people I can’t get away from, or those who talk all the time, can be a source of stress.”

Asperger’s is one of a range of syndromes known as autism spectrum disorders (ASD). It affects a person’s social interaction, communication, interests and behaviour.

According to the NHS around one in every 100 people in the UK is thought to have ASD.

Are you enjoying watching Anne on I’m A Celebrity? Leave us a comment on our Facebook page @EntertainmentDailyFix and let us know what you think!