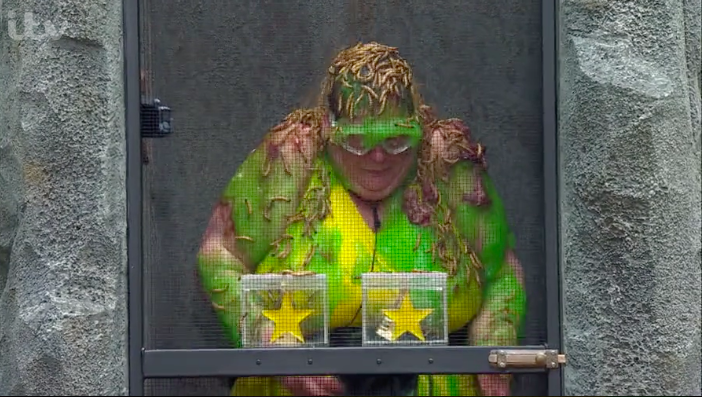 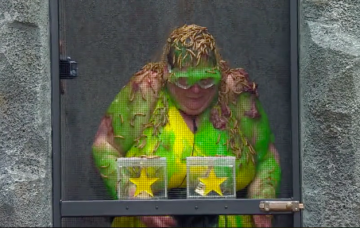 Viewers were divided over the treatment of the star

Everyone has to face a Bushtucker trial at some point on I’m A Celebrity… Get Me Out of Here!, and last night was Anne Hergerty’s turn.

But not everyone agreed it was fair to subject The Chase star – who has Asperger’s Syndrome – to the intense Monstrous Monoliths Trial.

In fact, some even complained to media watchdog, Ofcom.

Ofcom told ED! that it has so far received two complaints.

According to The Sun, Ofcom will assess the complaints and if they decide ITV has broken any broadcasting rules, they will investigate.

Anne won only two stars after the trial, where she had bugs, slime and fish guts poured over her.

Presenters Holly Willoughby and Declan Donnelly repeatedly asked if she was OK, as Anne said: “I’m fine, I’m fine… Oh God you disgusting thing, you. Get out of my ear you thing! That’s revolting.”

Shortly after, it seemed to all become too much as she uttered the infamous words: “I’m A Celebrity… Get Me Out Of Here.”

Many viewers aired their concerns on social media, with one writing: “If people keep voting for Anne to do trials on I’m a Celeb because they think it’ll be funny to exploit her autism, they can fight me.”

Read more: The Chase’s Mark Labbett couldn’t do I’m A Celebrity because he is too heavy

Another added: “Quite reassuring to see autism is trending on Twitter, due to Anne Hegerty on I’m A Celeb. So long as the producers don’t exploit her autism for entertainment.”

It follows a new interview with Anne’s uncle, who admitted to the Daily Mail: “I know she will find it difficult, but we are all rooting for her. It is very much out of her comfort zone and to be honest I am surprised that she agreed to go on the show.

“We do wish her well, but given what I have heard it could all be a bit too much for her. It will be very hard and I think we have seen that already. I really do hope she will be okay.”

Earlier this week, it was reported that she was being monitored closely by show bosses after breaking down on the first day in camp.

The TV star was allowed to skip the first trial but was still emotional as she struggled with the difficult conditions of the Australian jungle.

If anything can get Anne through Jungle life, it’s her lovely Campmates! #ImACeleb

The publication also spoke to Anne’s manager David Hahn, who confirmed: “She’s in very good hands there. When she said she was doing the show, I asked, ‘Are you sure?’. But she wanted to inspire others with autism.”

We love Anne and think she’s doing brilliantly. And she’s got some very supportive campmates around her…