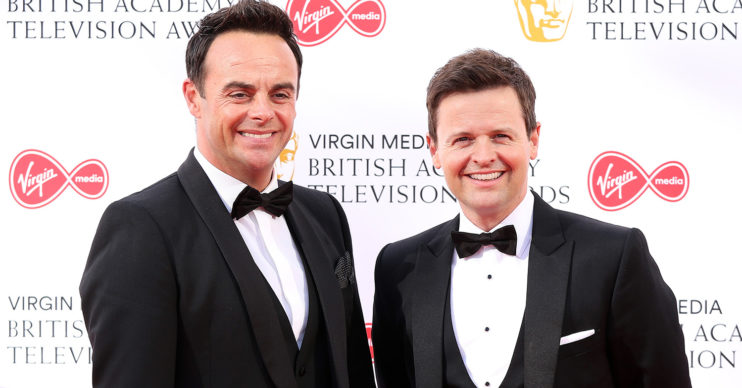 What a worthy cause!

Ant McPartlin and Dec Donnelly are set to host a new online school assembly for the NSPCC.

The popular presenting duo have thrown their support behind the charity by agreeing to host the Stay Safe assembly, which is designed to encourage children to share their worries with a trusted adult.

Ant said: “We’re thrilled to be involved with the online version of the NSPCC’s Speak Out. Stay Safe assembly and we’ve had great fun filming with Buddy, the NSPCC mascot.

“We know that the lockdown will have been a difficult time for some children and others may be struggling with being back at school.”

What are Ant and Dec doing for charity?

Whereas, Dec, 45, hailed the NSPCC’s work and reminded kids “there is always someone who can help”.

He said: “It is a real privilege to be supporting the NSPCC with this online assembly and we want all children to remember that difficult times never have to be dealt with alone.”

Read more: Ant and Dec caught up in Storm Alex while filming in Wales

Vicky Ford, the Children’s Minister, has also spoken out in support of the assembly.

She explained: “Protecting children from harm has always been a priority for this government, which is why throughout the pandemic we asked schools, nurseries and colleges to remain open for those who are most vulnerable.

What is NSPCC’S Speak Out?

“The NSPCC’s Speak Out. Stay Safe assembly will encourage children to speak to a trusted adult about their worries and for many that is likely to be a teacher.

“That’s one of the reasons why getting children back into the classroom in September was so important and why we are placing social workers in some schools to help teachers spot and report the signs of abuse and neglect more quickly.”

Later on in this year Ant and Dec are also expected to reprise their hosting roles on I’m A Celebrity… Get Me Out Of Here!

However, this year the hit show will be set in Wales – instead of Australia.

In fact, this will be the first time in its 18 year history that it is filmed on home soil.

But there are already rumblings that it may have to be scrapped all together.

Tightening COVID-19 restrictions could make it near impossible to film.

Finally, a source told The Mirror: “The possibility of postponing the series and rescheduling to early next year was given due consideration.

“But rescheduling isn’t a viable option as the casting involves set dates in contracts for talent.

“A contingency plan is being put into place but it’s unlikely they will be able to postpone to 2021.”