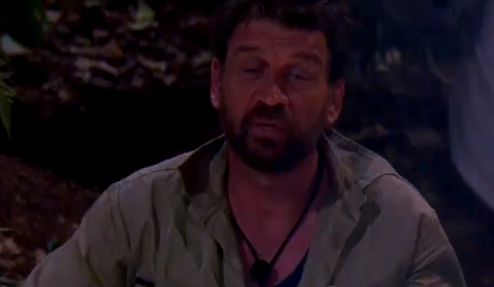 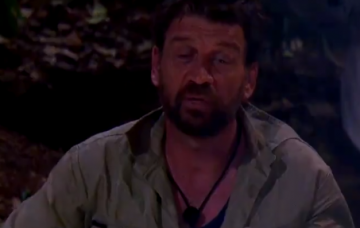 Nick Knowles gave up his luxury item on Tuesday night’s I’m A Celebrity… Get Me Out Of Here! and gave it to campmate Anne Hegerty.

The two camps, Snake Rock and Croc Creek, finally reunited and joined together to become one camp.

However, before joining the red team in Croc Creek, the yellow team – consisting of Anne, Rita Simons, James McVey and Fleur East – took part in a challenge to win their fellow campmates’ luxury items.

They managed to win four of the six items and gave Malique Thompson-Dwyer, John Barrowman, Sair Khan and Nick their items.

Nick’s luxury item was a white pillow but he was keen to give it to one of his fellow campmates.

James told the Bush Telegraph: “What a gent Nick is and someone I am definitely going to aspire to be as lovely as.”

Viewers praised Nick for his gesture.

Nick Knowles… The nicest man on the planet! #ImACeleb

Earlier in the episode, Anne opened up to Nick after quitting her first Bushtucker trial earlier in the day after it all became too much for her.

The star, who was diagnosed with autism in 2007, told him: “I’ve had an incredibly tough time. I wasn’t expecting these levels of just physical discomfort.”

It came after The Chase star, 60, faced the Monstrous Monoliths Trial in which she was locked in boulder shaped cages with just 90 seconds to unlock two padlocked cases and retrieve the stars within.

Anne managed to complete the first cage and bagged two stars, however, in the second she had meal worms, cockroaches and grass hoppers poured over her head.

Anne told hosts Holly Willoughby and Dec Donnelly: “Oh god. No I’m A Celebrity Get Me Out Of Here. I’m sorry I can’t do it. I’m so sorry.”