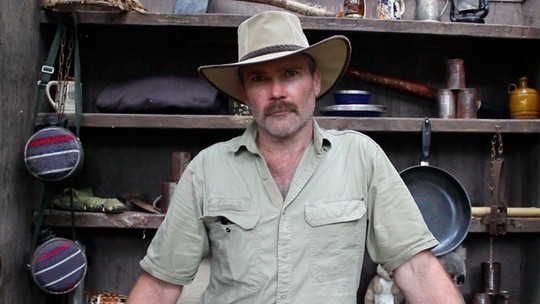 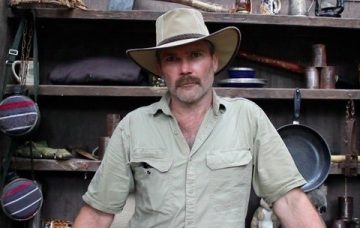 Kiosk Keith’s I’m A Celebrity… Get Me Out Of Here! replacement made his debut on Monday night’s show.

Keith, the infamous “Outback Shack” shopkeeper, was sacked from the show in January following accusations he turned up to work drunk and behaved inappropriately towards a female colleague.

He has now been replaced by Kiosk Kev and viewers are not sure what to make of him.

Kev made his debut on the show as campmates Anne Hegerty and Fleur East won the Dingo Dollar Challenge.

One person said: “Kiosk Kev is like a Poundland version of Kiosk Keith.”

Another wrote: “Sorry but where is Kiosk Keith? Not smiling for Kev.”

Kiosk Kev is like a Poundland version of Kiosk Keith #ImACeleb

Sorry but where is Kiosk Keith? Not smiling for Kev #ImACeleb pic.twitter.com/XhfAMECMSx

Kiosk Kev no this is an outrage! We want kiosk Keith back 😱 #ImACeleb

One person said: “I was a bit sad Kiosk Keith is gone, but after reading the story about it…Go Kiosk Kev.”

I was a bit sad Kiosk Keith is gone, but after reading the story about it…Go Kiosk Kev! 😃 #imacelebrity2018 #ImACeleb #imaceleb2018

Just found out why he was sacked 😐👋🏼 BRING ON KIOSK KEV! #ImaCeleb

Keith, whose real name is Raymond Grant, originally joined the show as a set builder in 2002 and was chosen to play the infamous Outback Shack shopkeeper in 2013.

Earlier this year, a spokesperson for ITV confirmed that Raymond had been sacked from the reality TV show and there were no longer plans for him to return this year.

It came after The Sun claimed the father-of-four had been given the boot from the show after a female crew member complained to ITV bosses about his behaviour at work.

It was also said that Keith apparently arrived at work drunk, before allegedly making unwanted advances towards a young female colleague on the staff bus that takes everyone to work in the jungle.

Dec Donnelly has returned to host the show alongside his new co-star Holly Willoughby, who is filling in for Ant McPartlin while he takes the rest of the year off to focus on his sobriety.

What did you think of Kiosk Kev? Leave us a comment on our Facebook page @EntertainmentDailyFix and let us know what you think!