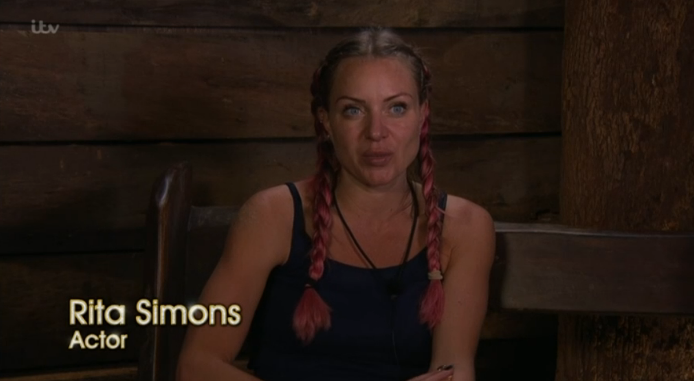 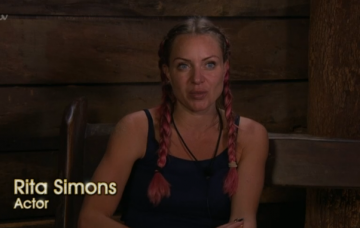 Viewers couldn't believe what they were seeing

Fans of I’m A Celebrity…Get Me Out Of Here! were horrified when they saw Rita Simons’ legs in Thursday (29 November) night’s episode.

The former EastEnders star has been so badly bitten by mosquitoes during her time in the Australian jungle that her legs are absolutely covered in bites.

She admitted she woke up feeling so itchy she couldn’t stop scratching and the bites weren’t contained to just her legs, they were all over her body.

Viewers came out in sympathy for Rita on Twitter.

Rita was also the talk of Twitter for other reasons after she was accused of ruining the trial.

Rita was up against Emily Atack, James McVey and Malique Thompson-Dwyer to win points for their respective teams in the immunity challenge.

They all had to sit in boats and fill a cylinder with water to keep a flag elevated. But Rita decided that the best way to keep her flag afloat the longest was to distract the others from keeping their cylinder filled.

She started flinging water around, particularly picking on Emily, who she tried to convince had a wasp flying around her.

But the plan backfired on Rita when she spent so long trying to distract everyone else that she ended up forgetting to fill her own cylinder and being eliminated first.

She then sat on the sidelines and persuaded Malique to give up too, which he did leaving James and Emily to battle it out, with Emily eventually victorious.

Fans were not impressed with her tactics and flocked to Twitter to express their annoyance.

“What the hell is Rita doing!!” fumed one, with another adding: “Rita is just spoiling the trial.”

A third said: “I think what Rita did was uncalled for.”

Are you worried about Rita’s legs? Leave us a comment on our Facebook page @EntertainmentDailyFix and let us know what you think.