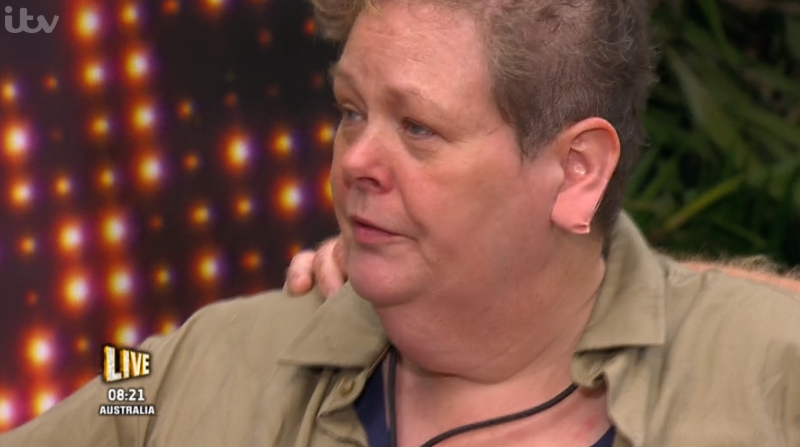 Viewers questioned whether she drank coke rather than fish eyes

I’m A Celebrity bosses have hit back at claims that last night’s live Bushtucker trial was “fixed” after viewers questioned whether Anne Hegerty drank coke rather than fish eyes.

Viewers watched Anne, 60, break a show record as she downed the disgusting drink in just 12 seconds.

However, many fans called fix on the achievement, accusing producers of replacing the fish eyes Anne had to drink, with a tasty glass of Coca Cola.

Now, a representative for the show confirmed to The Sun Online that Anne’s drink was in fact blended fish eyes.

It comes after viewers questioned whether Anne was given a glass of coke rather than a horrid Bushtucker trial smoothie.

The Chase star took part in the live Bushtucker trial, which first saw her – along with several of her campmates – eating grubs.

The group nailed it, and moved on to the next trial, where Anne, Noel Edmonds, Emily Atack and Harry Redknapp each had to down something disgusting in 30 seconds.

But when it came to The Chase star’s drink, viewers were suspicious.

Anne was told she had to drink blended fish guts, but viewers thought it looked like a fizzy drink. Anne finished it off in 12 seconds flat, commenting: “That wasn’t too bad actually.”

She added: “It was less awful that it sounded.”

One person said: “Is it just me that thinks Anne’s drink was coke, it looked fairly fizzy to me?”

Is it just me that thinks Anne’s drink was coke, it looked fairly fizzy to me? #ImACeleb

Another asked: “Is that a glass of coke?” while a third wrote: “Is it just me or did anne’s drink just look like coke or pepsi? You could see the bubbles at the top of the glass.”

Is that a glass of coke? #ImACeleb pic.twitter.com/AgNXFtgP3U

Is it just me or did anne’s drink just look like coke or pepsi? You could see the bubbles at the top of the glass #ImACeleb

Others were quick to defend Anne, who has Asperger’s Syndrome.

One wrote: “Very well done to Anne last night in the live trial. It didn’t look like coke, it looked awful.”

Another added: “Idiots think Anne Hegerty downed a glass of coke. Are you blind and thick?”

What did you think about Anne’s drink? Leave us a comment on our Facebook page @EntertainmentDailyFix and let us know what you think.