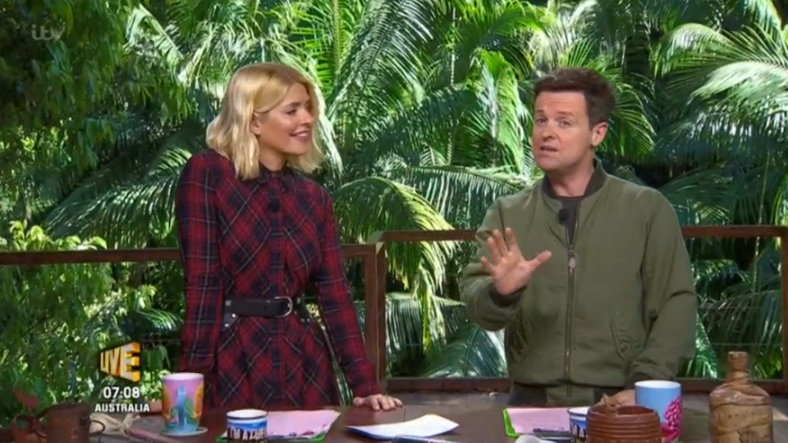 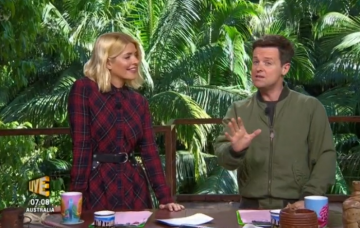 He can definitely move those hips...

The presenter opened Tuesday night’s show with co-star Holly Willoughby by dancing to Spice Girls’ 2 Become 1 as the duo revealed the two camps, Snake Rock and Croc Creek, would be reuniting during the episode.

Holly said: “The two camps are finally reunited all in the word’s of Dec’s favourite band,” as the track began to play.

Dec then began moving his hips and rolling his body.

A shocked Holly said to Dec: “Woah. OK, stop the music. You’re really good at that.”

One person said: “Dec is officially the best dancer in the world.”

Dec is officially the best dancer in the world #ImACeleb pic.twitter.com/xb8EQLBsrO

Another wrote: “Dec need to teach me how to dance.”

Dec need to teach me how to dance. #ImACeleb

Wow who would of thought Dec had hidden dance moves! Move over 💁‍♂️…Dec can dance 🕺 @antanddec @hollywills @imacelebrity @ITV #ImACeleb

Dec’s dance moves are just…wow!😂😂 #ImACeleb he needs to get onto #StrictlyComeDancing 😂😆

Meanwhile on the show, The Chase presenter Anne Hegerty faced her first Bushtucker trial of the series.

However, it all became too much for Anne and she quit the trial midway through.

In the first cage, green slime and fish guts was poured over Anne’s head as she attempted to figure out the codes to unlock the padlocks and retrieve the stars.

Anne managed to complete the first cage and bagged two stars, however, in the second she had meal worms, cockroaches and grass hoppers poured over her head.

As she stepped outside the cage, hosts Holly and Dec asked the star if she was okay to continue the trial.

What did you think of Dec’s dance moves? Leave us a comment on our Facebook page @EntertainmentDailyFix and let us know what you think.