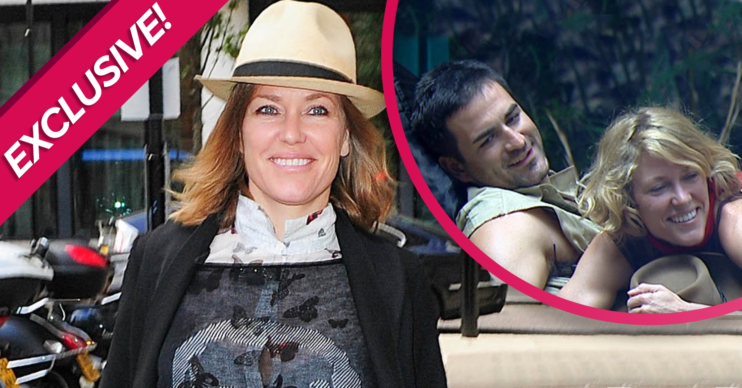 I’m A Celeb: Cerys Matthews doesn’t ‘look back’ with ‘regret’ despite controversial romance

Cerys Matthews has revealed she doesn’t regret her time in the I’m A Celebrity jungle because she doesn’t “look back”.

Former Catatonia singer Cerys appeared on series seven of the show back in 2007 – some 13 years ago.

And it was her post-show relationship with the latter which caused a bit of a stir.

Why did Cerys Matthews hit the headlines after jungle stint?

Cerys was single having split from husband Seth Riddle before entering the jungle, but Marc was with long-term girlfriend Sarah Matravers.

And, while nothing happened between the pair during filming, Sarah fled Australia when she saw them getting close.

Cerys and Marc went onto have a short-lived romance after the cameras stopped rolling.

Read more: Cerys Matthews hits out at the government over its treatment of the arts

During an exclusive interview, Entertainment Daily asked Cerys if she had any regrets about doing the show.

“You only live once and as long as you’re doing as good as you can do within your community and within your family that’s what matters and you don’t look back,” she said.

I think time storms on and alas you must go with it. I had a good time and now I still have a good time.

“I don’t look back and sit there with a pencil and give myself… it would be a sad person who sits there giving themselves marks of regret or anything wouldn’t it.

“I think time storms on and alas you must go with it. I don’t look back so I couldn’t answer that. I had a good time and now I still have a good time,” she said.

In the jungle with Katie Hopkins

Did she have a good time in the jungle with controversial Katie Hopkins, though?

“She was actually really nice,” Cerys admits. “Sorry about that!”

“We were all characters in there, that’s why they ask you to go in there. The whole point of these shows, if you had wallflowers on there it wouldn’t be much fun to watch.

Will she be watching the show this year as it moves to her native Wales?

It appears she might just tune in, though, as Cerys says it’ll be “interesting” to see how the show works now it’s no longer on Australia’s sun-soaked shores.

“It’ll be interesting to see what difference it makes. I mean, the weather’s going to be different. The insects are different.

“What’s fascinating about that show, which is why I got involved with it, it’s like the Truman Show. You’ve got the hamsters in the middle, us so-called celebs, then you’ve got a production team of, at the time, 550 people working on this TV show.”

Cerys added: “From people who were filling up the water tanks to camera people, runners, electricians, it’s like an ants’ mound – lots of activity that you simply don’t see the half of.

“People dressed in camouflage who come onto set because they don’t want to disrupt or distract the hamsters in the middle. It’s fascinating from that aspect, which is what I enjoyed about it.”

For now, though, music and not reality shows are very much Cerys’s focus.

She’s gearing up to release a new album of “poem songs” next year.

Cerys Matthews’ new poetry album We Come From The Sun is released in January on Decca. Pre-order here.