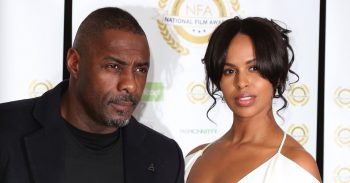 They're celebrating with a three-day bash

Idris Elba and his partner Sabrina Dhowre have got married!

The couple tied the knot in a secret ceremony in Morocco on Friday (April 26th), with their nuptials set to be featured in an upcoming issue of British Vogue.

Snaps of their lavish wedding were posted on the publication’s Instagram account, with Idris, 46, looking suave in a custom Ozwald Boateng suit and Sabrina, 29, wowing in an off-the-shoulder Vera Wang dress.

Later in the day, Sabrina slipped into a V-neck style embroidered gown featuring pearls and gemstones.

They celebrated at Marrakesh’s swanky Ksar Char Bagh hotel, although the three-day bash is continuing today (April 27) with an all-white party at the Mandarin Oriental.

Idris has been married twice previously – to Hanne Norgaard and then to Sonya Nicole Hamlin.

He has a 17-year-old daughter, Isan, with Hanne, and a five-year-old son, Winston, from his relationship with ex Naiyana Garth.

Speaking about the moment he proposed, Idris said it was the “most nerve-wracking thing” he’s ever experienced.

But he overcame his nerves and kept it “pretty romantic”.

Opening up about his love for Sabrina, he said they have “good chemistry”, adding: “She makes me laugh and we share common goals.

Idris and Sabrina’s nuptials will feature in British Vogue this July.

Earlier this year, the star had fans in a spin when he revealed plans to host hit US comedy show Saturday Night Live for the first time.

The Wire actor hosted the show, which featured singer-songwriter Khalid booked as the musical guest, on March 9th.

But the ratings reportedly slipped during his stint on the comedy showcase, according to news site Deadline.

Idris Elba, real name Idrissa Akuna Elba, is one of the most familiar faces on our screens today, with acting notches on his belt including hit crime series Luther and Hollywood blockbusters such as Pacific Rim and Avengers: Infinity War.