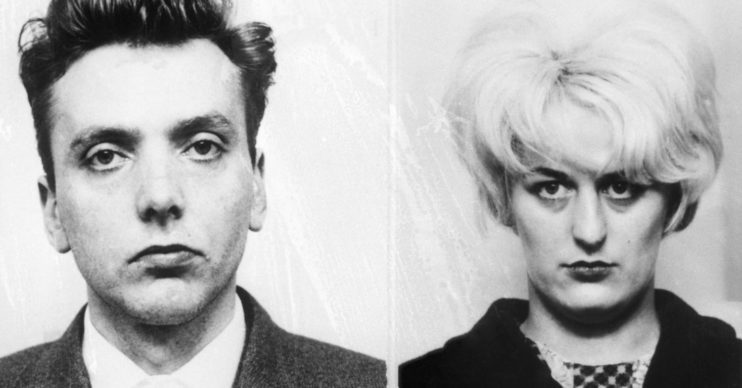 How did Ian Brady die and what happened to Myra Hindley? Britain’s most evil serial killers

Ian Brady and Myra Hindley are two of Britain’s most prolific serial killers ever.

The evil pair were sentenced to life in prison for the murders of John Kilbride, 12, Lesley Ann Downey, 10, and Edward Evans, 17.

Years later, the pair would confess to taking the lives of even more.

But how did Ian Brady die and what happened to Myra Hindley?

How many children did Ian Brady and Myra Hindley kill?

Almost 20 years after being sent to prison, he confessed to killing two more.

Four of the victims were buried in graves on Saddleworth Moor, Greater Manchester.

Tragically, the body of Keith was never found.

After ordering Hindley to borrow a van, Brady followed closely behind her on a motorbike.

When Pauline appeared, he flashed his headlights as a signal to pull over and convince the young woman to jump in.

Hindley instantly recognised the schoolgirl, who was a friend of her sister Maureen.

She asked Pauline if she would hop in the van and help[ her look for an expensive glove she’d lost in Saddleworth Moor in exchange for a life.

Not long after the pair arrived at the moor, Brady turned up insisting he was there to help.

He then raped and murdered the schoolgirl and almost decapitated her body.

Although Hindley claimed she did not see the attack as she was waiting in the van, Brady alleged she did take part in the sexual assault.

Brady and Hindley convinced John to get into their car by offering him a bottle of sherry and a free lift home.

Once he was inside their rental car, the dup asked the young boy if he would help them look for an expensive glove they’d list on the moor.

After they arrived on Saddleworth Moor, Hindley waited in the vehicle while Brady took John got out.

Brady then sexually assaulted the schoolboy and slit his throat before killing him.

The evil duo spotted Keith while he was walking to his grandmother’s house.

Brady quickly jumped in the back of their van as Hindley asked the young boy for help with loading boxes in exchange for a free lift.

Once again, after Keith was inside the vehicle, Hindley asked for his help to find her expensive glove on the moor.

After they arrived, Brady jumped out with the young boy while she remained in the vehicle.

He returned half an hour later and revealed he’s sexually assaulted the young boy before killing him.

Brady and Hindley made Lesley their next victim after spotting her alone at a fairground.

In a bid to get her into their car, they asked the young girl for help with carrying their shopping back home.

After they managed to get her into their house, she was stripped, gagged and forced to pose in front of a camera.

She was then raped and killed.

The evil duo drove her body out to Saddleworth Moor the next morning and buried her in a shallow grave completely naked.

Brady accused Hindley of murdering Lesley, however, she denied the allegations, claiming she was in the bath.

Brady talked Edward into coming back to his house after spotting him at Manchester Central railway station.

Once back home, the pair enjoyed a bottle of wine with Hindley.

She was then instructed by Brady to fetch her brother-in-law David Smith – a serial convict who her family did not approve of.

He was in awe of Brady and the pair had established a solid friendship over the prior 12 months.

After bringing Smith to the house, Hindley told him to wait outside until he saw a flashing light from inside the house.

When he did, he knocked on the front door and was invited in by Brady who told him to stay in the kitchen.

“I waited about a minute or two then suddenly I heard a hell of a scream; it sounded like a woman, really high-pitched,” he later told the police.

“Then the screams carried on, one after another really loud. Then I heard Myra shout, ‘Dave, help him,’ very loud.

“When I ran in I just stood inside the living room and I saw a young lad. He was lying with his head and shoulders on the couch and his legs were on the floor.

“He was facing upwards. Ian was standing over him, facing him, with his legs on either side of the young lad’s legs. The lad was still screaming.

“Ian had a hatchet in his hand … he was holding it above his head and he hit the lad on the left side of his head with the hatchet. I heard the blow, it was a terrible hard blow, it sounded horrible.”

Brady had wanted to bury the body on the moor but it was too heavy so they left it in the spare room.

How were Ian Brady and Myra Hindley finally caught?

Smith returned home to his wife at around 3am that night.

Traumatised by what had just happened, he vomited before confessing all to his wife.

He’d promised Brady that he would help move Edward’s body the following morning but was terrified.

Fearing he would be the next victim, Smith armed himself with a screwdriver and breadknife.

He then hurried to a nearby phone boot and rang the police.

Smith told the cops everything and officers went to Brady and Hindley’s house straight away.

There, they discovered Edward’s body.

In the 1990s, Hindley claimed that she only took part in the killings because Brady had been blackmailing her.

She alleged that threatened to release pornographic photos of her unless she assisted him.

But her solicitor Andrew McCooey reported that she took responsibility for her part in the crime.

Hindley told him: “I ought to have been hanged – I deserved it.

“My crime was worse than Brady’s because I enticed the children and they would never have entered the car without my role.

“I have always regarded myself as worse than Brady.”

Where are Ian Brady and Myra Hindley now?

Dubbed the most evil woman in Britain, she died in prison aged 60 from a heart attack on 15 November 2002.

He had tried to take his own life by going on hunger strike before he passing away from chronic obstructive pulmonary disease.

Speaking from prison, he said: “I have had enough. I want nothing, my objective is to die and release myself from this once and for all.

“I’m only sorry I didn’t do it decades ago, and I’m eager to leave this cesspit in a coffin.

Doctors diagnosed Brady as a psychopath before his death.

Ian Brady: Monster of the Moors is on Channel at 10pm tonight (May 12).