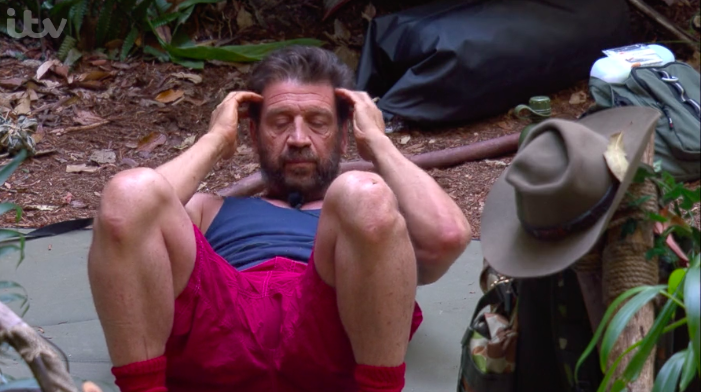 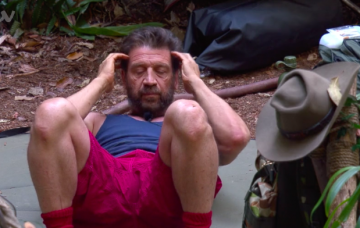 It's a combination of no food, exercise and the hot conditions

Every year the extreme rationing takes its toll on the I’m A Celebrity… Get Me Out of Here! contestants.

But this year seems to be more extreme than ever, as it’s reported the campmates have already lost FOUR STONE in just a week.

The eleven campmates have all shed pounds, but The Sun claims Harry Redknapp and Nick Knowles have lost the most, with Anne Hegerty not far behind.

Their jungle insider says: “It’s been a really tough week for the campmates, especially with the lack of food and hunger. They have noticed their body weight falling off.

“We believe between them the campmates have lost around four stone. What the celebs are eating is very healthy, from veg to meat protein and fish and that is absorbed quickly by the body.

“The weight loss doesn’t do any permanent damage, and most pile it back on within three weeks, especially in the build-up to Christmas. The celebs see it as a detox, although at the time it’s very difficult as they have nothing to distract from the hunger.”

Inbetweeners star Emily Atack talked about her weight loss on Sunday’s show, saying: “I’m skinny! I’m skinny.” She pulled at her baggy trousers, saying: “These were too tight before.”

John Barrowman told her: “I thought you looked good the way you were.”

She added: “I just want to lose a bit of weight so when I get back, and it’s Christmas, I’ve got room to put it all back on.”

On Sunday night’s show we saw the famished campmates – who are barely surviving on tiny meals – actually exercising, too.

Nick was seen doing sit ups, while Hollyoaks actor Malique Thompson-Dwyer jumped up and down. Actress Rita Simons told him: “Oh Malique, that is too much, I can’t bear it. How have you got the energy for that?”

She then told the Bushtucker Telegraph: “In here, it is so difficult just to do one push up, we are so weak.”

A few of them did though, even stopping to high-five between press-ups.

Last year’s weight loss was almost as impressive, thanks to rationing and the hot and sweaty conditions.

Let’s hope they’ve still got enough strength to get through the trials this week. There’s a lot more to get through before they’ll get a proper meal.

Are you shocked by the weight loss? Leave us a comment on our Facebook page @EntertainmentDailyFix and let us know what you think.